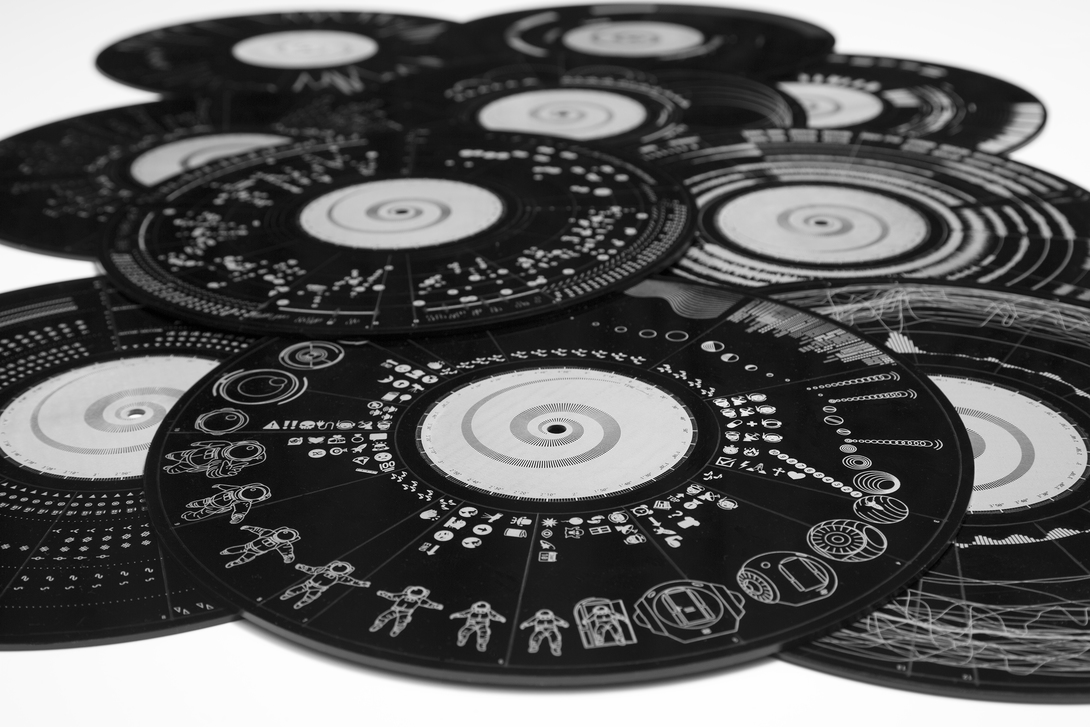 What would David Bowie’s music look like through the lens of data visualization? This is what designer Valentina D'Efilippo and researcher Miriam Quick set out to explore in OddityViz – a visual deconstruction of David Bowie’s 1969 track ‘Space Oddity’.

Data and design come together in an attempt to visualize the song’s grammar and explore how musical and narrative structures can lead to various interpretations. Musical and interpretative data from the track were visualized on a set of ten engraved records, paired with large scale prints and projections that draw from the song's fragmented, interstellar world. Each 12-inch disc deconstructs the track in a different way by visualizing one aspect of the song at a time, such as its instrumentation, rhythm, melody, harmony, lyrics, structure or story. The final disc in the series visualizes the emotions people experienced as they listened to the song.

The data sculptures, large-scale posters and interactive window display were exhibited at Wieden+Kennedy London in January 2017 to mark the first anniversary of Bowie’s death. The installation aimed to start a new conversation about Bowie’s iconic track and to inspire viewers to revisit his music anew.