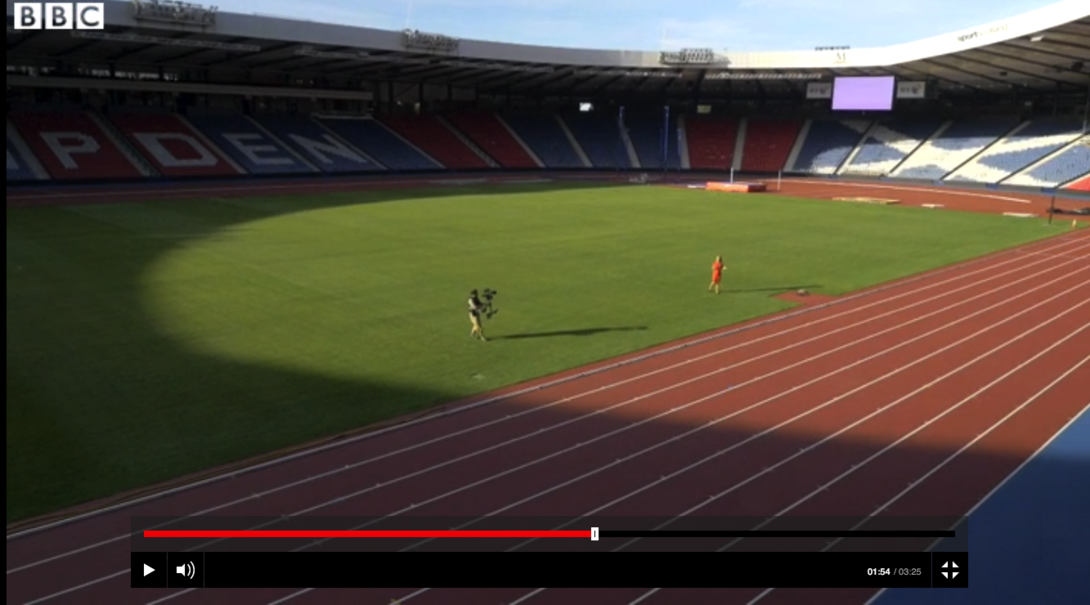 With the Commonwealth Games coming to Glasgow at a critical time in Scotland’s history, BBC News decided to preview the Games so viewers could get an insight into the excitement that was to come. The finished piece was broadcast on all main domestic video outlets: BBC News bulletins, News channel and the news website.

The brief was to create an innovative visual style based around new ideas and techniques.

The motion graphics were designed to recreate, explain and integrate key facts about the Games and competitors into a report fronted by BBC presenter Sophie Raworth.

Where some venues had not yet been completed - as in the case of Celtic Park - the design team had to seamlessly create those elements.

At Hampden Park the graphics explained how a football stadium had been reversioned to accommodate world class athletics track.

The graphics in some cases used simple existing techniques such as shooting over green screen and replacing the background with fixed shots, library video and animating text over video in After Effects.

In others we used some of the most complex solutions available; such as tracking ground components, exporting data to replace those components with 3D objects and textures, also eliminating elements from shots, such as tracking points and unwanted objects.

The final piece was of a level of finish and creativity not often seen in News video output.