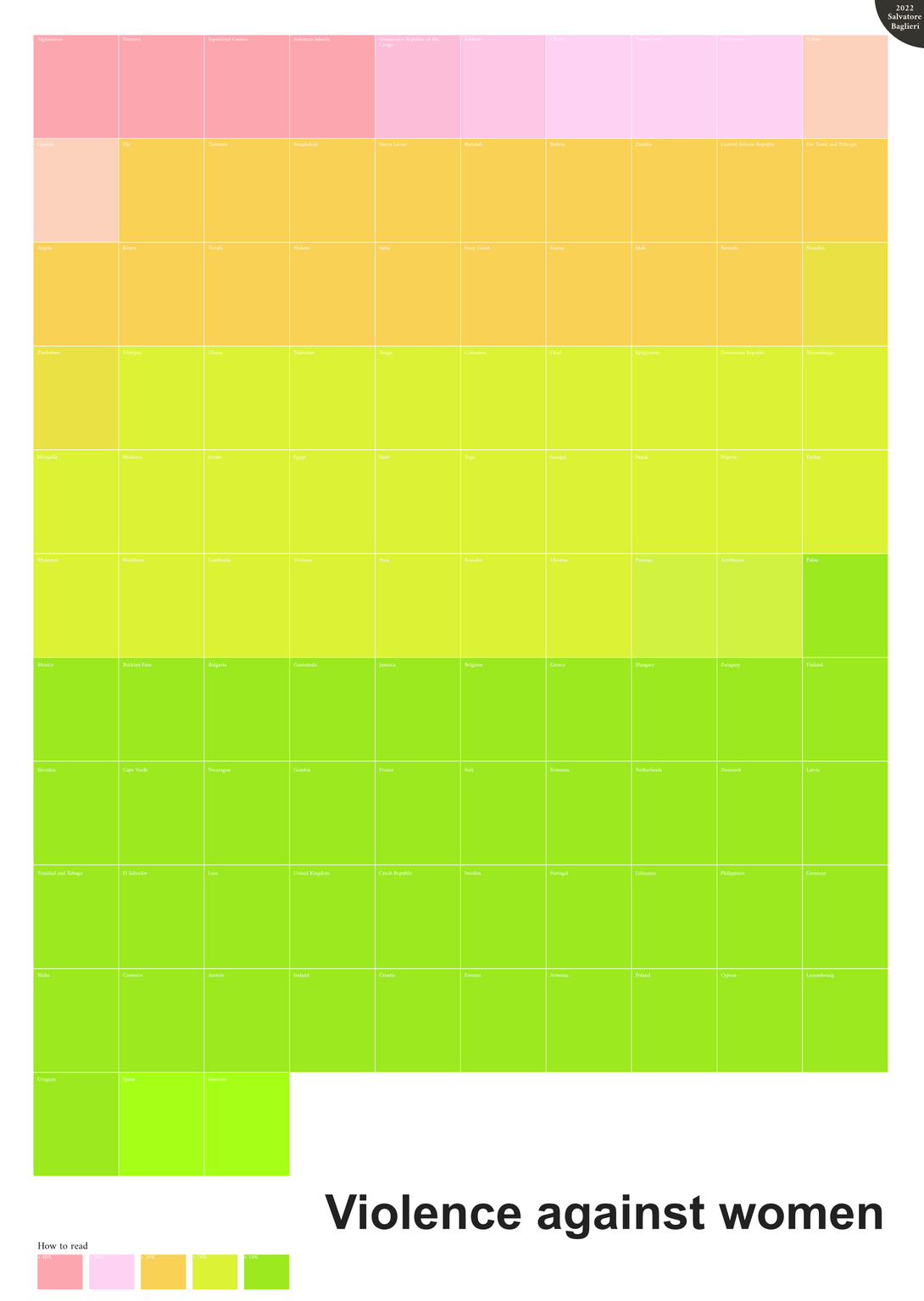 What is violence against women? by Salvatore Baglieri

Violence against women does not mean only physical violence. It is much broader and includes sexual, emotional, psychological and financial abuse.
On an international level, the United Nations Declaration on the Elimination of Violence against Women provides the following definition:
‘The term violence against women means any act of gender-based violence that results in, or is likely to result in, physical, sexual or psychological harm or suffering to women, including threats of such acts, coercion or arbitrary deprivation of liberty, whether occurring in public or private life.’
Physical violence can include slaps, shoves, hits, punches, pushes, being thrown downstairs or across the room, kicking, twisting arms, choking, and being burnt, scalded or stabbed.
Psychological and emotional abuse can include a range of controlling behaviours such as control of finances, isolation from family and friends, continual humiliation, threats against children or being threatened with injury or death.
Financial or economic abuse includes forcibly controlling another person’s money or assets. It can also involve stealing cash, not allowing a victim to participate in any financial decisions or preventing a victim from having a job. The infographic looks at the percentage of women aged 15–49 subjected to physical violence, sexual violence or both by a current or former intimate partner in the last 12 months. The infographic informs us about the work that still needs to be done to ensure equality.