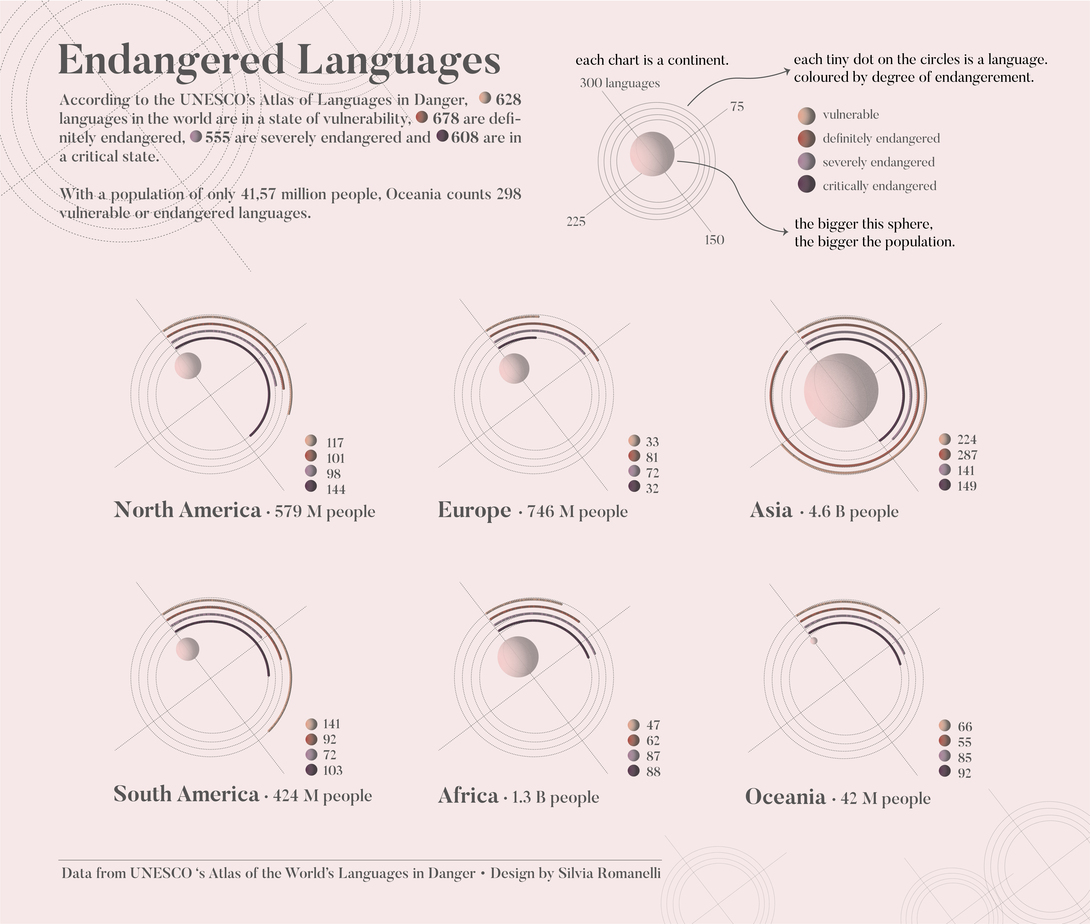 Endangered Languages by The Information Lab

I’ve always had a special relationship of curiosity and affection towards languages.
Languages can be seen as living structures. They develop in a given context, they evolve, they change and eventually they may die.
UNESCO keeps track of the number of endangered languages in the world. In this personal project, I crossed their data with basic population data by continent, to show the great linguistic variety in different parts of our planet, even on less populated continents.
In a world where English is the new “lingua franca”, and where media and the Internet mostly speak a minority of all Earth’s languages, the cultural loss would be huge if so many languages were to die.
In the visualization, I tried to highlight the global number of endangered languages, while also giving every single language a concrete presence on the visual. That is the reason why I avoided charts showing only aggregated data. Instead, I chose to use one dot for each language. In the final visualization, the dots create lines around each continent - that’s the first thing that can be seen looking at the global picture. Then, when zooming, every single dot comes to the surface.
This is something I achieved through the combination of two tools (Tableau and Illustrator), and through a work on texture and shades.
It is easy to see that Asia has a huge number of endangered languages, but in a way, it is proportionate to its population. More noteworthy is Oceania's situation: with a population of only 41.57 million people, it accounts for more endangered languages than Africa, which has a 1.3 billion population.