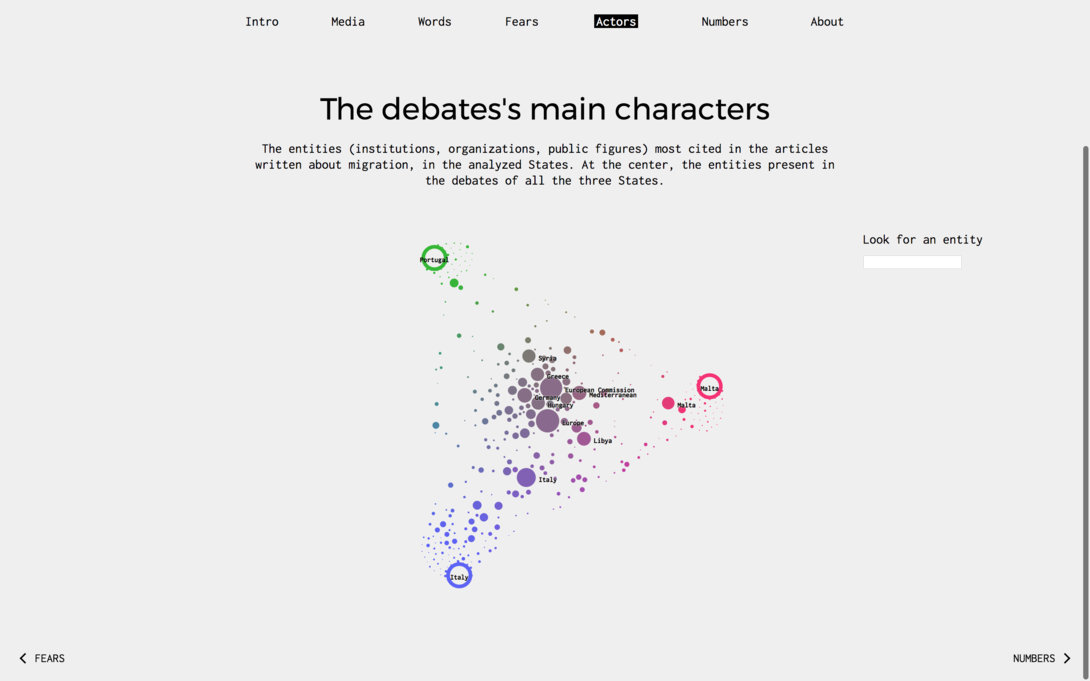 Do you fear migrants? by Nicoletta Bruno

In recent years we have witnessed a mass migration that has put the European Union to a hard test.
According to the Eurobarometer report, migration is now the most important issue facing Europe.
The aim of the project is to understand if the language used by media to talk about migrants has contributed to feed concerns in European countries. By comparing the media language of three European member states with a different level of concern, three different behavioral patterns emerged.