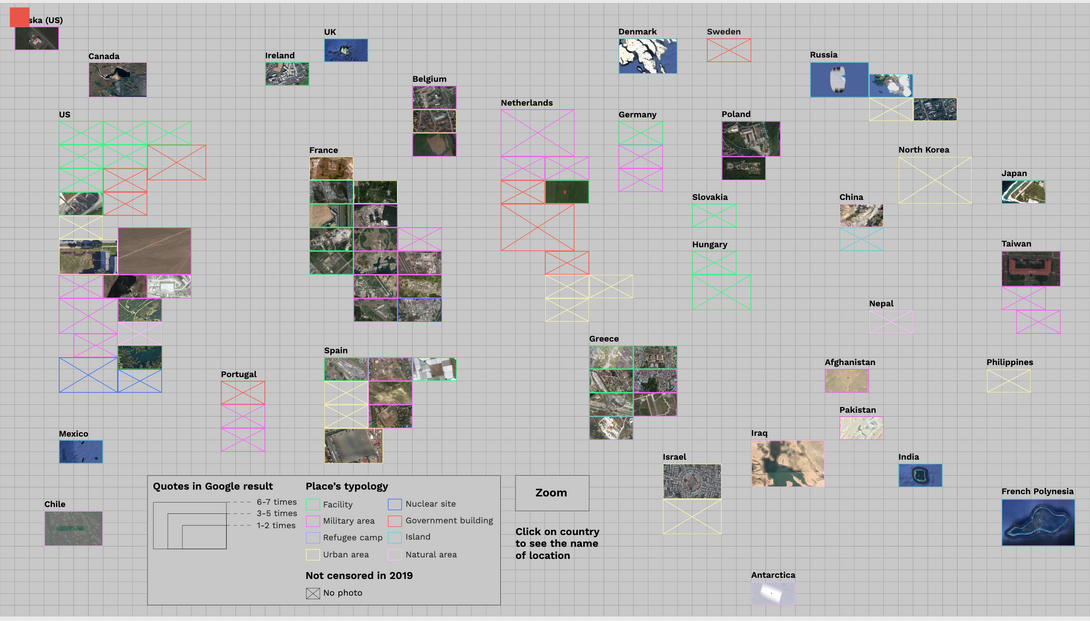 Online censorship consists of the control or the removal of certain contents that are accessible to the public. It exists because some governments and platforms want to regulate content. In particular, the latter’s policies are becoming more numerous and specific as the production of visual content grows exponentially. For example, Instagram counts 3600 new posts every second. The more the phenomenon involves users, the more it obtains relevance, becoming one of the most discussed topics: why are some contents censored? Who censors them? Which is the boundary between appropriate and inappropriate content? The research has been structured following three levels of depth to make this ambiguous and controversial phenomenon clearer. The first level explores the types of censored content and the different visual languages used to censor them. The second analyzes the reactions that censorship produces, both in terms of anti-censorship movements and of methods that users use to avoid it. Finally, the third investigates the most invisible aspect of the phenomenon: who is working behind it? The research shows how censorship is applied to images differently based on the typology of the platform and the content. This phenomenon can act silently, leaving the users unconscious, or other times it can be extremely evident, pushing them to search for ways to respond to or bypass it.