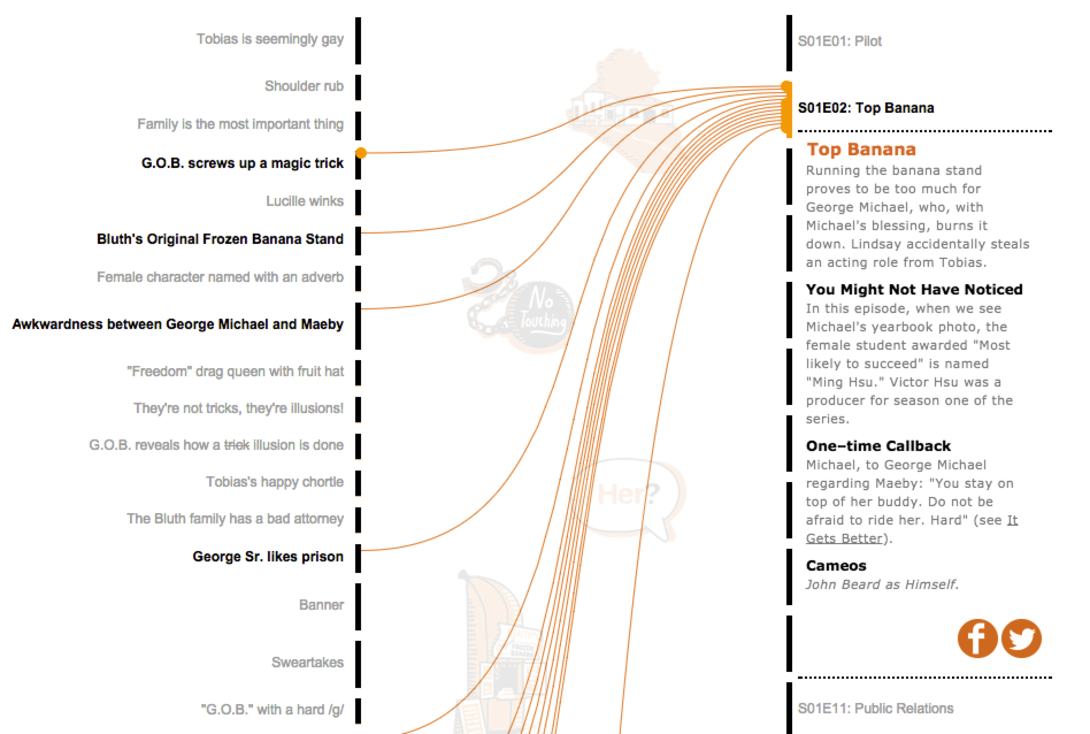 In advance of Arrested Development‘s long-awaited fourth season, we created an interactive visualization of the show’s running jokes. The website allows visitors to click on an episode to see every recurring joke or click on a joke to see every episode it appeared in. The site earned rave reviews from dozens of notable media outlets, including BuzzFeed, Entertainment Weekly, Gizmodo, Slate, Yahoo! News and The Atlantic Wire.