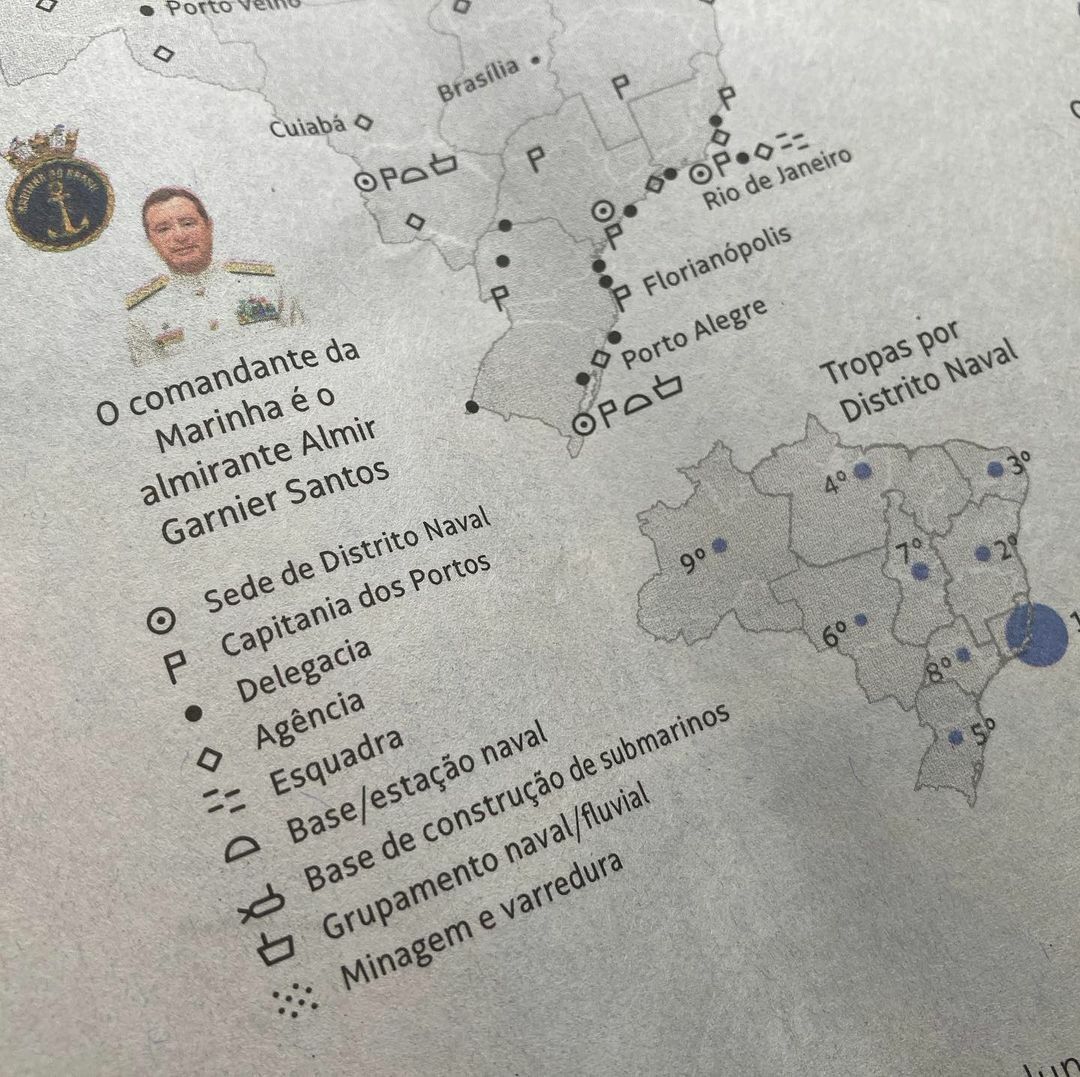 The size of Brazil's military forces by Marcelo Pliger

The work shows the total number of members and equipment of the Brazilian military forces based on a survey carried out by Folha with the army, navy and aeronautics. The work also shows how these forces are distributed across the territory and compares their budget with that of other countries and the Brazilian GDP. The report sought to analyze the Brazilian armed forces at a time when the armed forces began to gain more and more relevance within the presidency of Jair Bolsonaro.