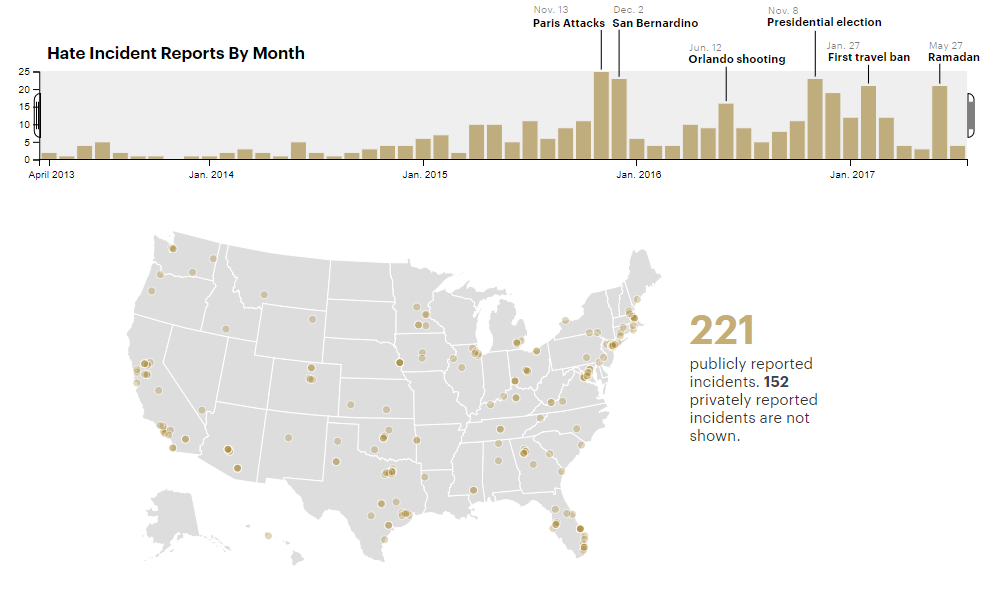 Data from a civil rights group shows that reports of hate incidents involving American mosques jumped sharply in 2015 and has remained at the same rate since — about once every three days.

More than 370 hate incidents directed at American mosques and community centers have been tallied by the Center on American-Islamic Relations since April 2013. Most of the incidents are threats to worshipper's lives or acts of vandalism.