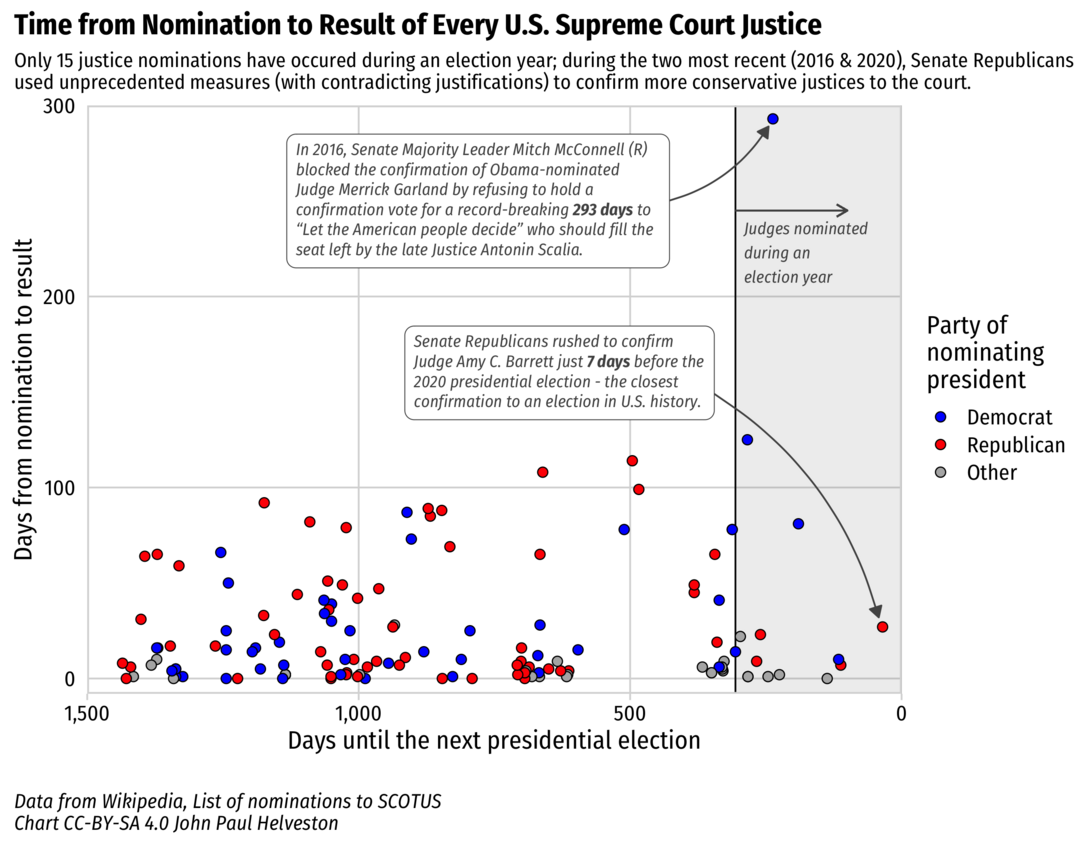 A scatterplot of nominations to the Supreme Court of the United States (SCOTUS) showing the time from a presidential nomination to result (confirmation, rejection, etc.) versus the number of days until the next presidential election. Only 15 SCOTUS justice nominations have occurred during an election year; during the two most recent (2016 & 2020), Senate Republicans used unprecedented measures (with contradicting justifications) to confirm more conservative justices to the court. In 2016, Senate Majority Leader Mitch McConnell (R) blocked the confirmation of Obama-nominated Judge Merrick Garland by refusing to hold a confirmation vote for a record-breaking 293 days to, "Let the American people decide” who should fill the seat left by the late Justice Antonin Scalia. Then in 2020, Senate Republicans rushed to confirm Judge Amy C. Barrett just 7 days before the 2020 presidential election - the closest confirmation to an election in U.S. history. The scatterplot is designed to highlight the extreme nature of these two nomination processes in comparison to historical precedence, the result of which has led to historic civil rights losses such as the overturning of Roe v Wade in 2022.