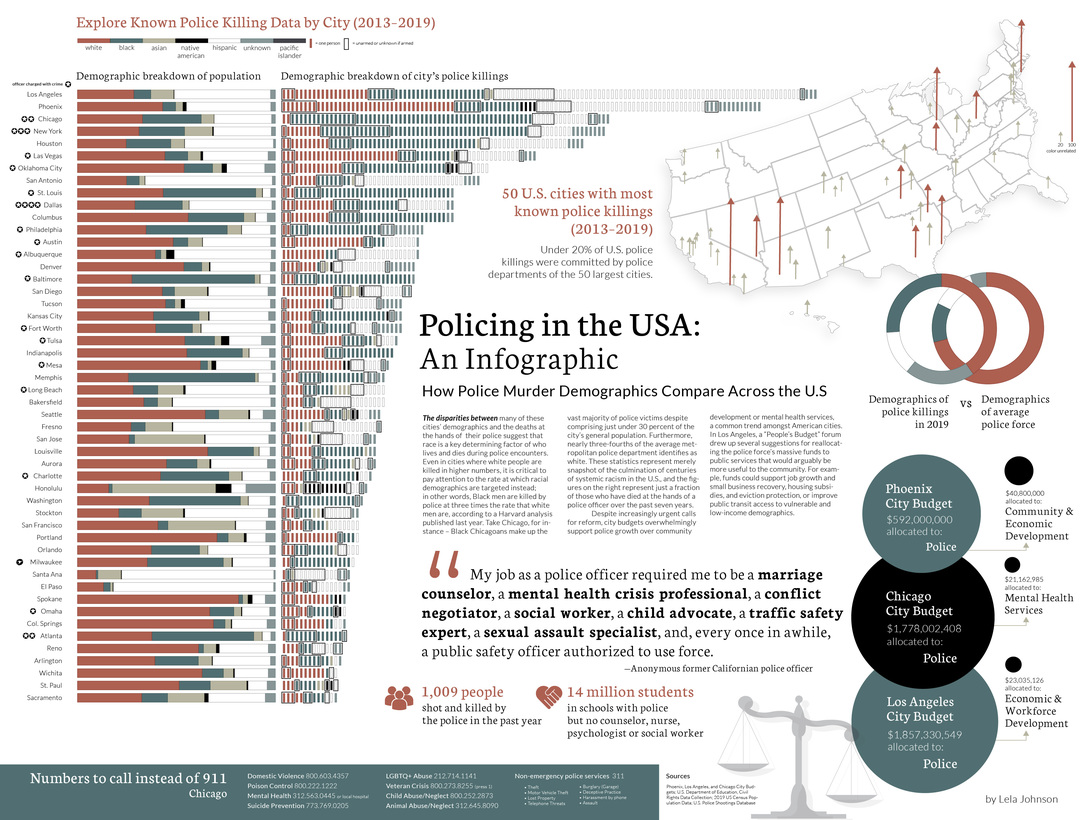 The disparities between many of the following cities’ demographics and the deaths at the hands of their police suggest that race is a key determining factor of who lives and dies during police encounters. Even in cities where white people are killed in higher numbers, it is critical to pay attention to the rate at which racial demographics are targeted instead; in other words, Black men are killed by police at three times the rate that white men are, according to a Harvard analysis published last year. Take Chicago, for instance: Black Chicagoans make up the vast majority of police victims, despite comprising just over 30 percent of the city’s general population.

For this project, I analyzed several city budgets in order to understand how police departments operate under the lens of local government. I specifically focused on the three cities recording the highest levels of civilian death at the hands of the local police force: Phoenix, Los Angeles, and Chicago.
Next, I compiled a comprehensive database of police killings in recent years and sought out patterns to highlight, incorporating important factors such as race and whether or not the victim was armed.

We adopted a flexible grid system to compartmentalize content within Webflow. I focused on breaking down excerpts of text and how I incorporated illustrations and interactivity in order to facilitate reader flow for both desktop and mobile.