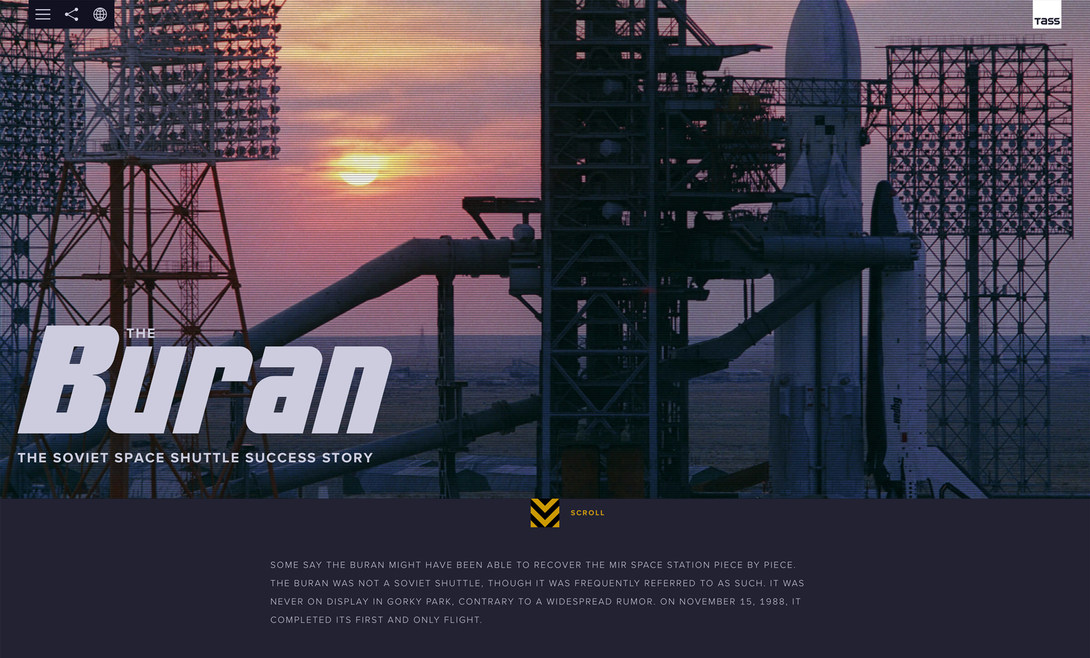 This special project is dedicated to the 30th anniversary of the first and only flight of the spaceship "Buran". The analysis of the flight goes into detail about the most difficult stages of the Soviet rocket plane’s mission, including the landing, which for the first time in history was fully automatic. Each of the project’s four chapters contains interactive inserts: a comparison of the Soviet system "Energy — Buran" with the American Space Shuttle system, a step-by-step layout of the spacecraft’s take-off and landing, as well as complete information about the surviving flight specimens and full-size models. One of the most complex visualizations of the project is a detailed 3D model of the Buran.