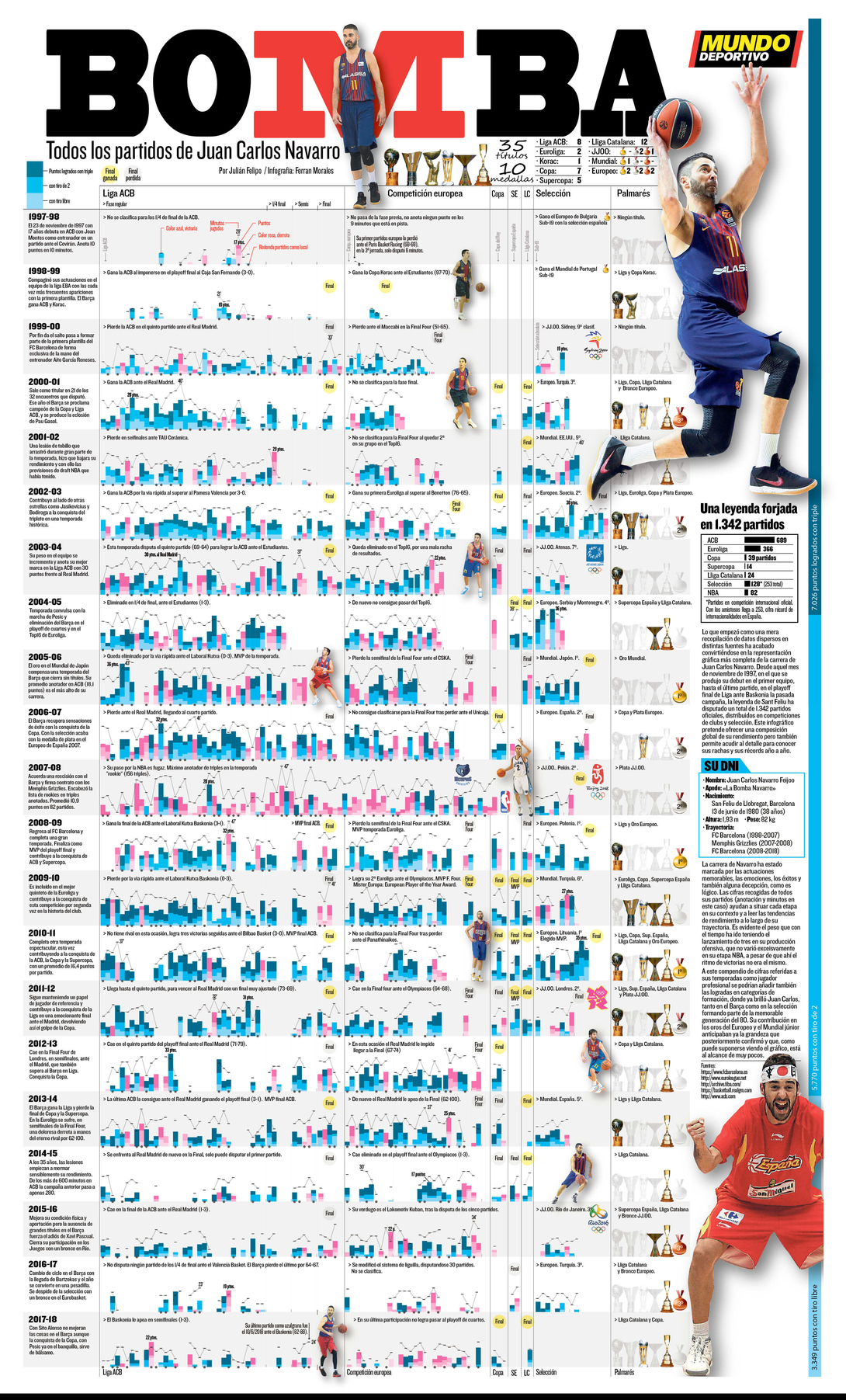 Special about the basketball player of FC Barcelona and the Spanish team, Juan Carlos Navarro "La Bomvar Navarro" who retired this year.
What started as a mere collection of data dispersed in different sources has become the most complete graphic representation of Juan Carlos Navarro's career. Since that month of November 1997, in which he made his debut in the first team, until the last game, in the final playoff of the League against Baskonia last season, the legend of Sant Feliu has played a total of 1,342 official matches , distributed in club and selection competitions.
This infographic aims to offer a global composition of its performance but also allows you to go to detail to know your streaks and records year after year.