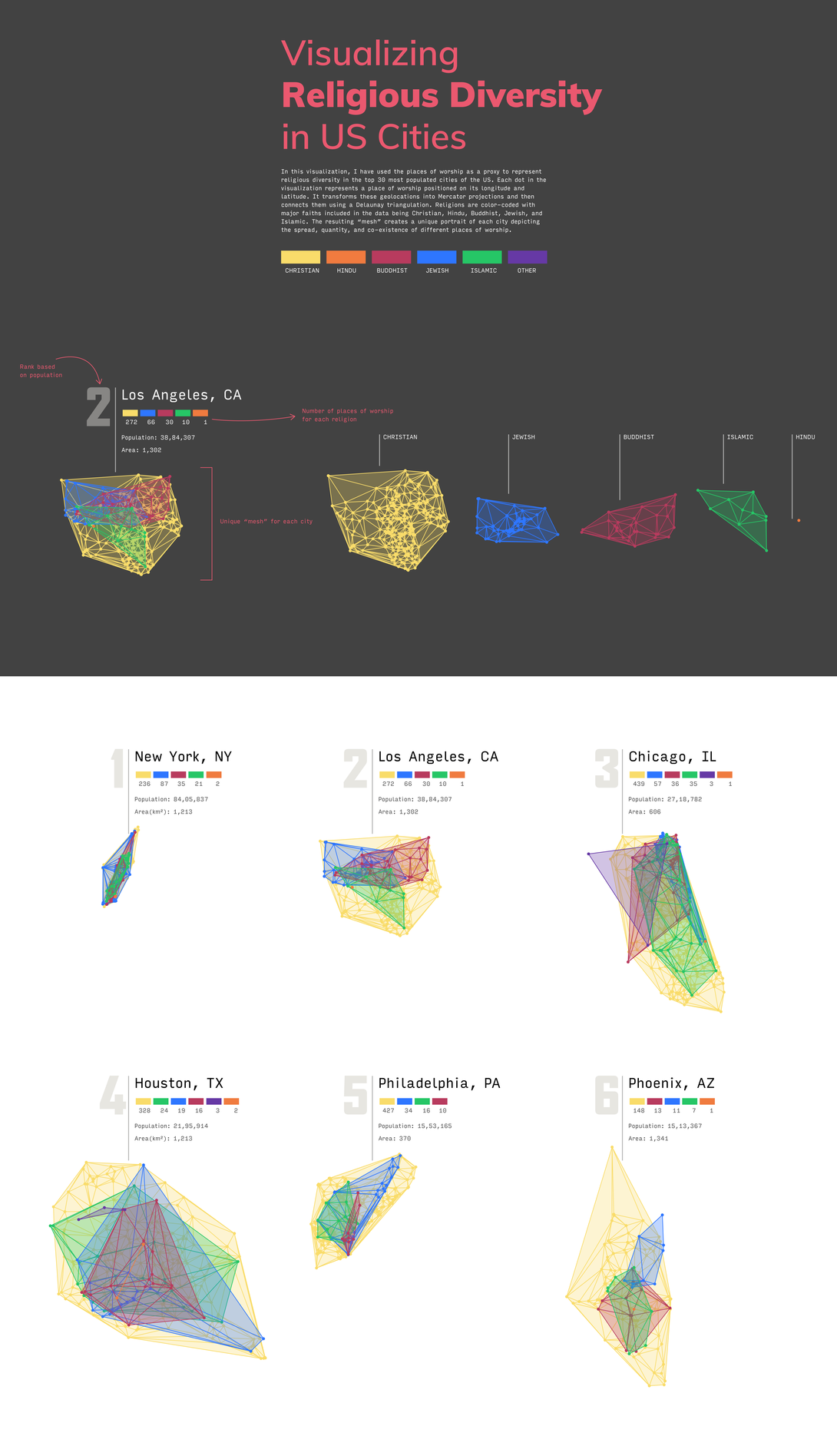 Visualizing Religious Diversity In US Cities by Arushi Singh

Faith not only plays an important role in an individual’s life but also contributes a great deal in shaping societies. The increased movement of people across borders in search of better opportunities brings people of different faiths, religions, and value systems together. In fact, the debate on religious pluralism and tolerance is ever more important in today’s discourse. In particular, the major urban areas in the United States (US) have become the melting pot of diverse faiths. Thus, is there a way we can visualize this diversity of faiths beyond numbers and charts? Is there an underlying story that urban centers of the US tell about their religious diversity?

Each dot in the visualization represents a place of worship positioned on its longitude and latitude. It transforms these geolocations into Mercator projections and then connects them using a Delaunay triangulation. Religions are color-coded with major faiths included in the data being Christian, Hindu, Buddhist, Jewish, and Islamic. The resulting “mesh” creates a unique portrait of each city depicting the spread, quantity, and co-existence of different places of worship.

Though not exhaustive, it does give us some insight into how these shared spaces get formed in the cities creating these unique portraits: