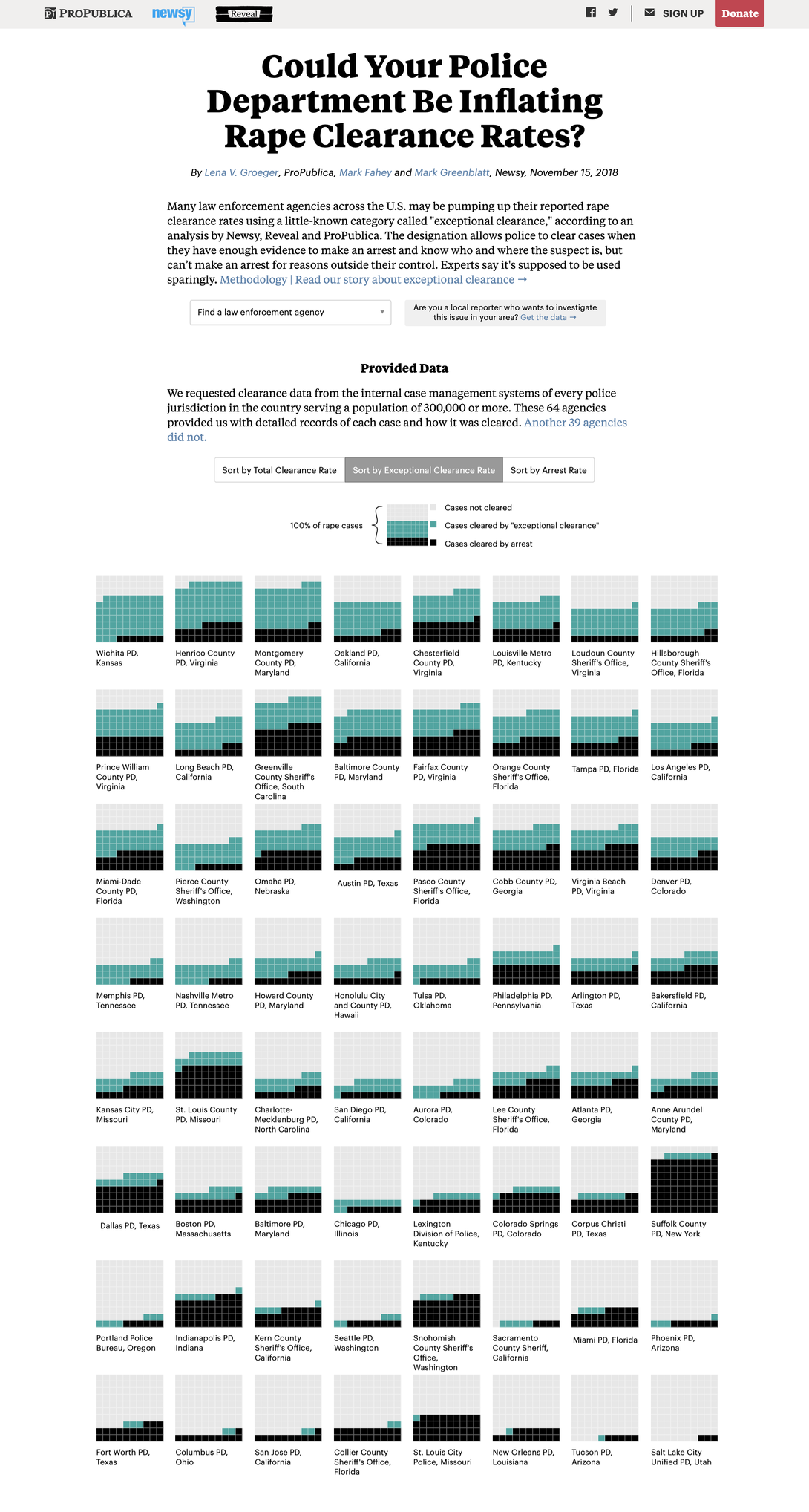 Could Your Police Department Be Inflating Rape Clearance Rates? by ProPublica and Newsy

This graphic was one piece of an investigative project by Newsy, Reveal and ProPublica that uncovered how dozens of police agencies in America are making rape cases look as if they are solved without actually arresting a suspected rapist. In dozens of cities a type of clearance intended to be the exception to the rule has become the rule for rape cases.

We requested clearance data from the internal case management systems of every police jurisdiction in the country serving a population of 300,000 or more. 64 agencies provided us with detailed records of each case and how it was cleared. Another 39 agencies did not.

Using this trove of data, we built an interactive graphic to let people look up their own police department to see how many rape cases were cleared in total, how many were clearing using this special category, and how many arrests were ultimately made.