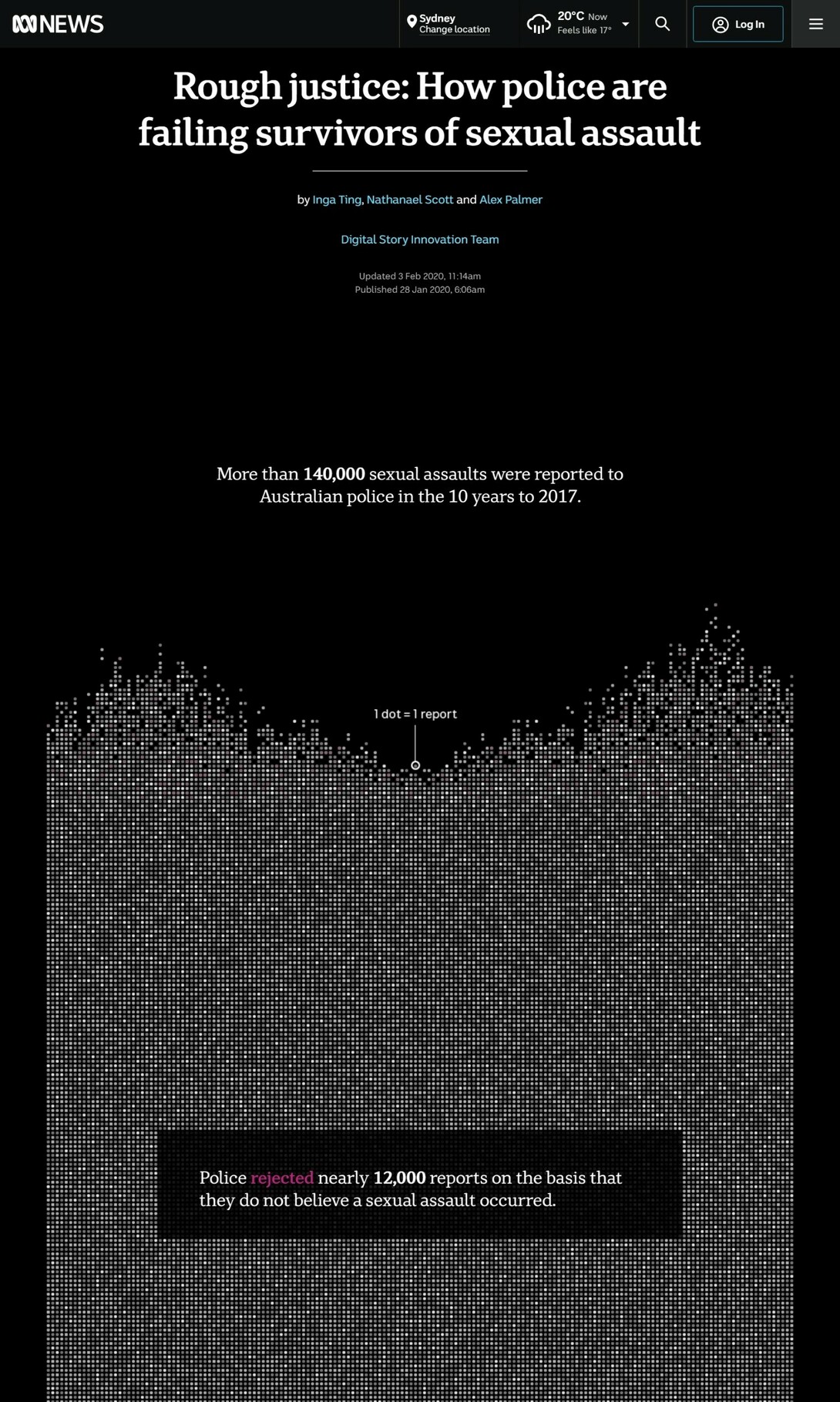 This is the first part of a three-part series that comprised a detailed national investigation into police mishandling of sexual assaults reported in Australia. Australia’s sexual assault data is separately administered across eight states and territories. Each has its own definitions and classification system but all are plagued by complaints of police mishandling of sexual assault investigations.
Rough Justice is the only project to date to distil records from across all eight jurisdictions and over 450 police commands into a complete national picture. The data-driven analysis stretches back between 10 and 23 years, depending on jurisdiction, and includes, for the first time, every local precinct.
We were able to build an unprecedented searchable database of police investigation outcomes for 240,973 reported sexual assaults. This database matched a user’s postcode or suburb to their local area or police division, and allowed them to explore detailed statistics.
Rough Justice combined painstaking data analysis and stunning visualisations with shoe-leather reporting and first-person victim-survivor narrative.
The project sparked widespread calls for an independent inquiry into police handling of sexual assault cases.