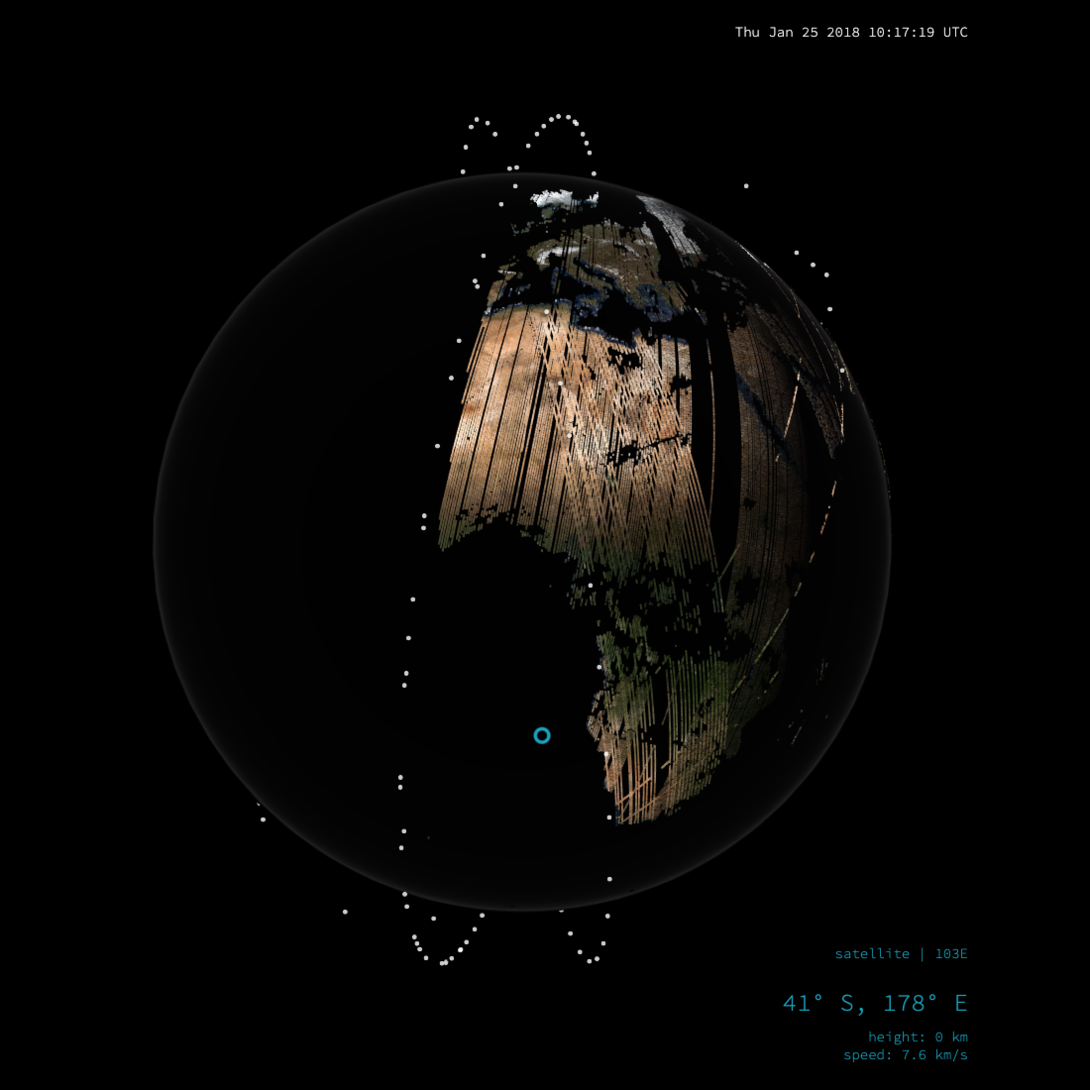 Planet’s goal of imaging the entirety of the Earth every day became achievable with the unprecedented fleet of small satellites, called “doves”. The animation showcases one day in the life of these satellites and the astounding 600,000 images captures on that day. Following the satellites as white spheres circling the Earth several times a day, and seeing exactly when and where each photo was taken. A companion piece focuses on the different satellites that Planet has in orbit.