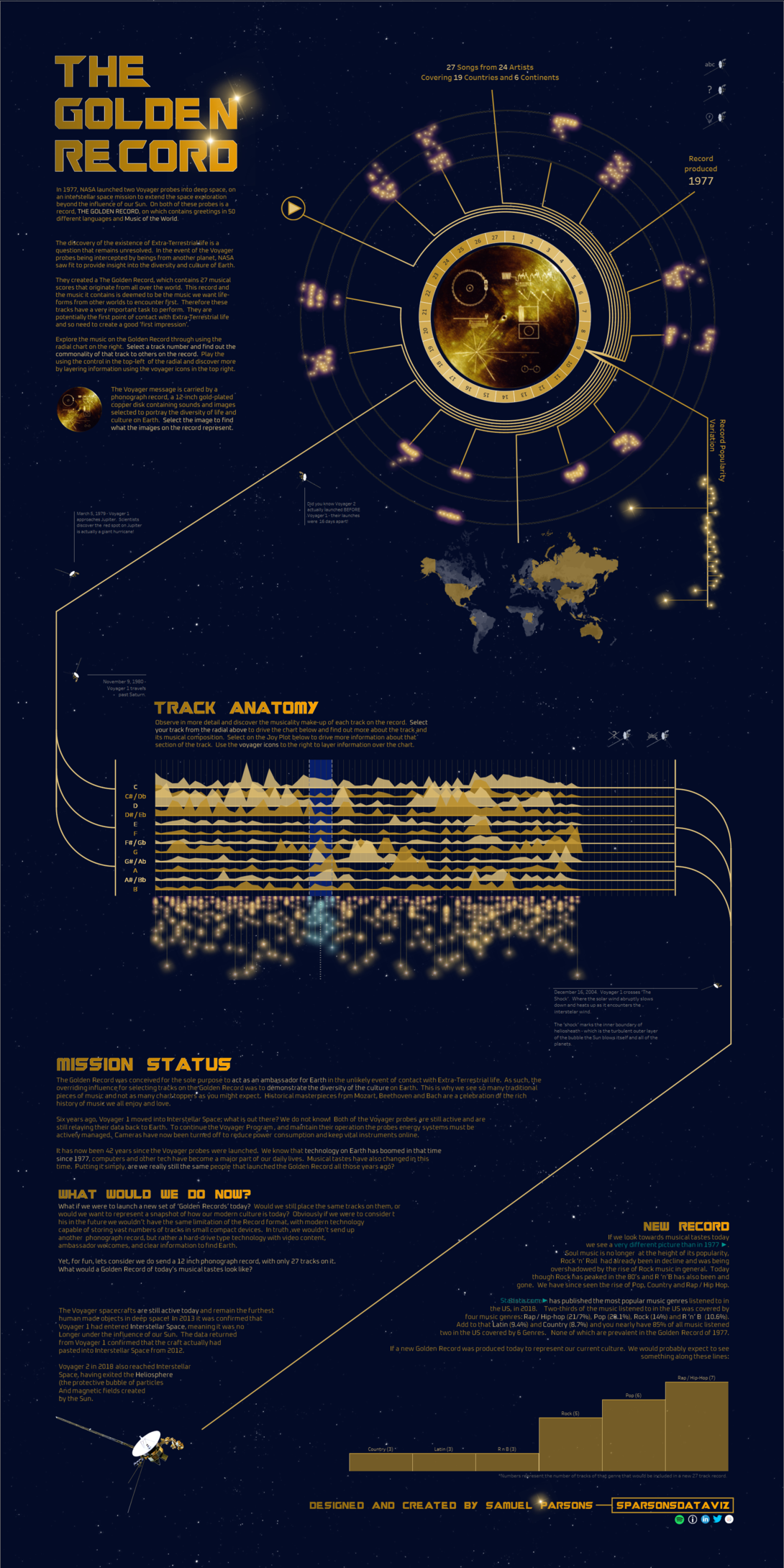 The Golden Record by Samuel Parsons

This visualisation looks into the music that was sent into space as part of the Voyager program from NASA in 1977. The sole task for the Golden Record is to act as an Ambassador for Earth in the event of the Voyager crafts coming in contact with Extra-Terrestrial life.

The top radial provides insight in the commonality of the musical feature of each track on the record and further information around the diversity coverage. Selected tracks musical pitches are analysed towards the middle of the visualisation followed by questioning what could we send into space if the Golden Record concept were to be repeated today.