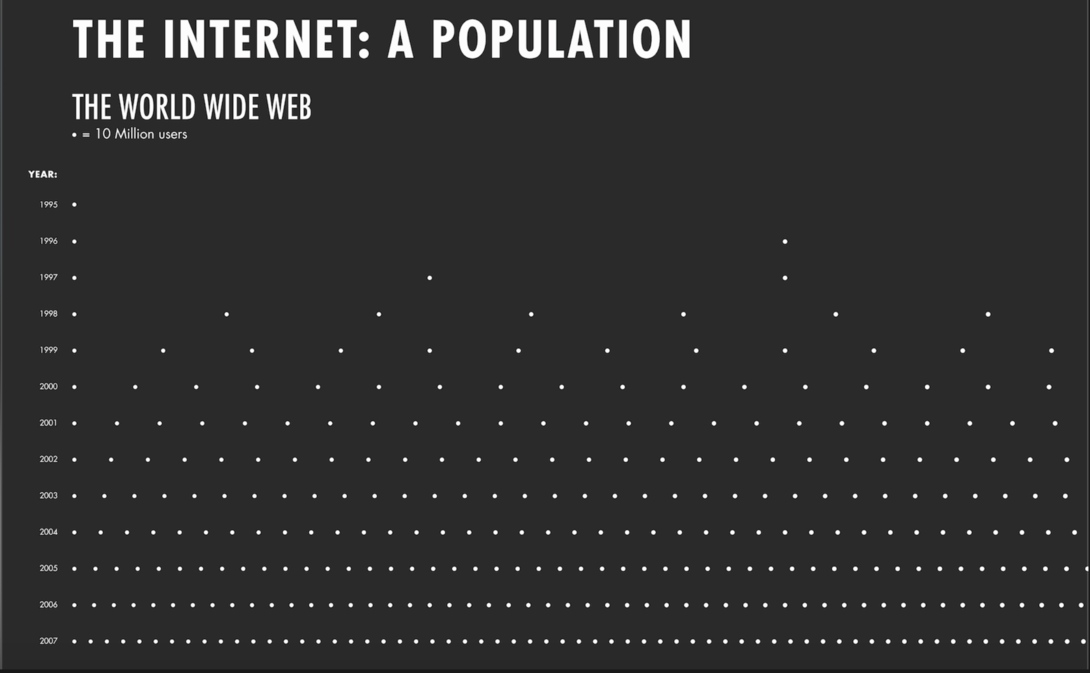 The Internet: A Population by Northern Kentucky Universtiy

An information graphic designed to tell the story of the Internet. This 28x72in banner titled, “The Internet: A Population” focuses on the number of people across the world who are connected to the internet. The large graphic is a minimalistic timeline that shows the progression of the internet’s growth. Starting in 1995, with 16 million total users, and growing to over half of the Earth’s population to 4.2 billion total users in 2017. Each year is assigned a pattern of dots, which represent 10million users (rounded up).