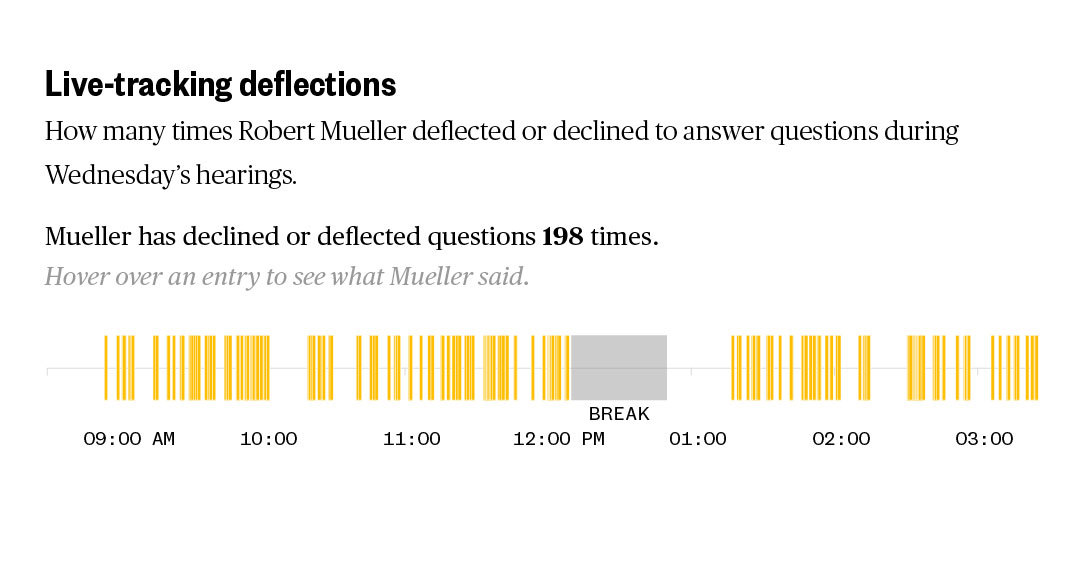 NBC News: Mueller Deflected Questions 198 Times. We Tracked When He Did It. by NBC News

Former special counsel Robert Mueller made it clear after releasing his report on Russian interference in the 2016 election that he wouldn't have more to say on the topic beyond the 400-plus pages in the report his team delivered to the Attorney General. He went so far as to say at a press conference that he would not provide any additional information if called before Congress.

So when he went before two judicial subcommittees in July, it wasn't a question of whether he could deflect questions from politicians, but how often. Anticipating this would be one of the storylines from the event, the NBC News data graphics team built a Google Sheets-powered backend that provided data to a graphic we would use to track Mueller’s deflections.

Through seven hours of testimony, we tracked exactly when and what kind of deflection Mueller made. The graphic was built with d3 and custom code that polled every ten seconds to update itself with the latest from a JSON file with the data. This provided the reader with a visual guide to the almost 200 times Mueller dodged, deflected, and diverted questioners back to his report.

We proudly submit it to Kantar Information is Beautiful Awards in the news category.