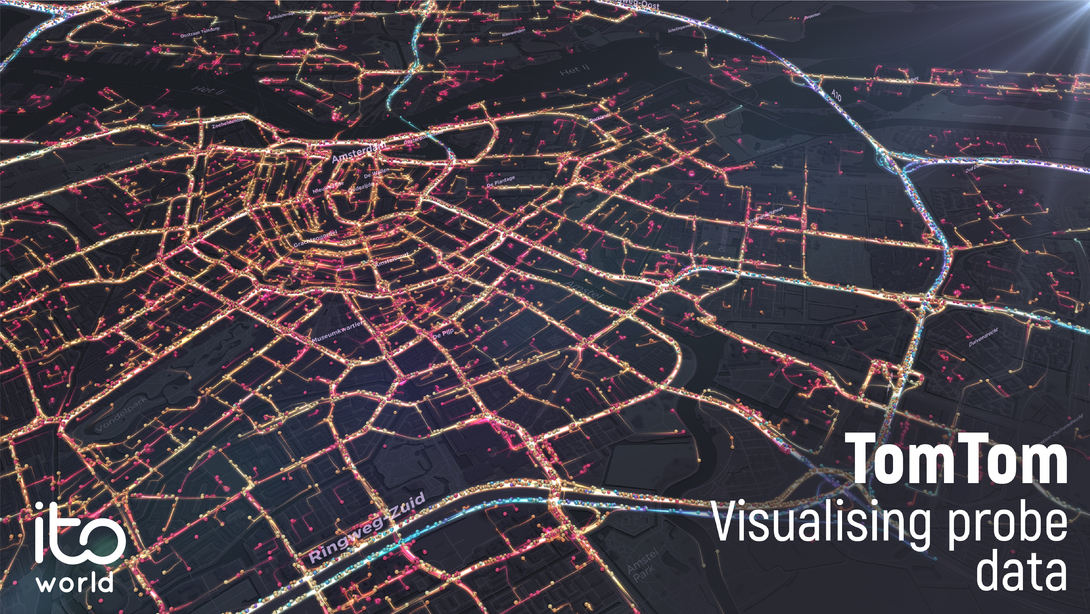 TomTom is the only independent mapmaker in the world today, and has been making maps for the world’s largest technology companies, car manufacturers, fleet management organizations, city governments, and individual drivers since 1991.

TomTom has been working with big data for more than 10 years; it’s part of their DNA. Today, TomTom has over 600 million connected nagivation devices in use globally, and has been collecting anonymous GPS measurements from their devices since 2008. This community generates over 3.5 billion kilometres of GPS measurements every single day. In total, TomTom has amassed 48 trillion GPS measurements to date.

With this amount of data, a city such as Amsterdam (shown in the video) could be re-mapped from scratch in around 8 minutes.

The probe data devices allow TomTom, its customers and developers to bring new innovation and cutting-edge products to users. This big data gives a view on where the world is changing, locating new roads that have opened and identifying changes in direction of traffic flow or in speed limits. This data, together with other sources including mobile mapping images, provides their map-making engine with the information needed to ensure the TomTom map is keeping pace with reality.

With such a wealth of data, TomTom has partnered with Ito World to bring its data to life. With stunning animated visuals coupled with unique spatial insight, Ito World takes you on a tour of TomTom’s probe data throughout the city of Amsterdam.