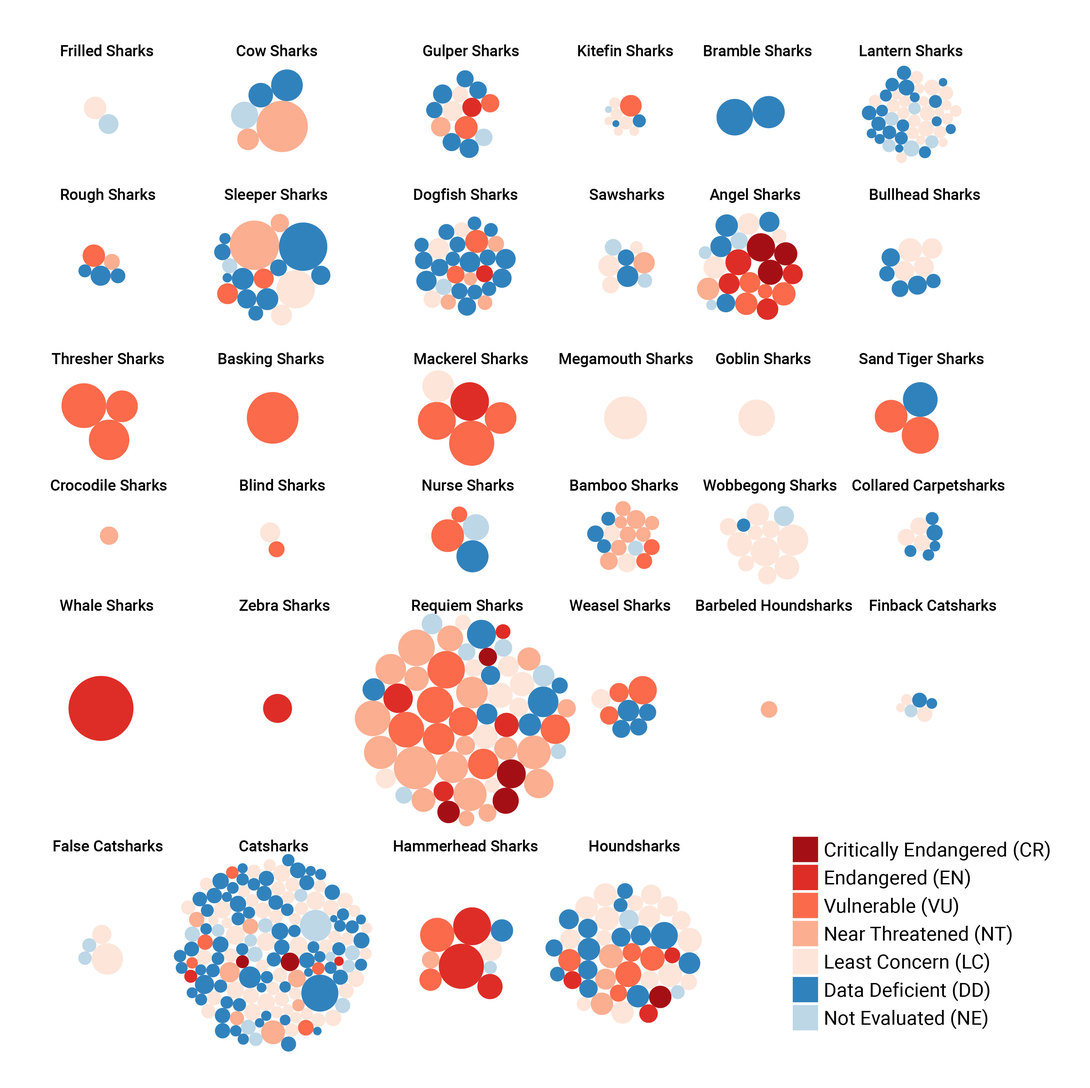 Visualizing Shark Numbers is an interactive story that incorporates data visualizations and scientific illustrations with the purpose of highlighting the diversity of sharks and shedding light on their plight. The visualization part was built in Javascript, including libraries such as D3 and ScrollMagic.

Sharks are incredibly diverse, with over 510 species in 34 families, with great variation in size, behavior, appearance, life expectancy, and food preference. For example, the longest-lived shark (The Greenland Shark) was recorded at 512 years old! Moreover, not all sharks are predators as often portrayed by the media, Whale sharks and Basking sharks are filter feeders, for example.

Unfortunately, roughly 100 million sharks are caught and killed by humans every year, mostly as a result of bycatch and shark finning. All 14 shark species most prevalent in the shark fin trade are threatened or near threatened with extinction.

Even though 15-16% of shark species are threatened with extinction, with another 45% listed as data deficient or not evaluated, only 22 species are protected by CITES, a treaty that regulates the trade of different species. More awareness and attention need to be given to this group of animals in order for them to survive.

In this visualization, the reader will learn about various shark species, their plight, and about how we can fight to ensure their survival.

The entrant has supplied an additonal file for this project: [1]