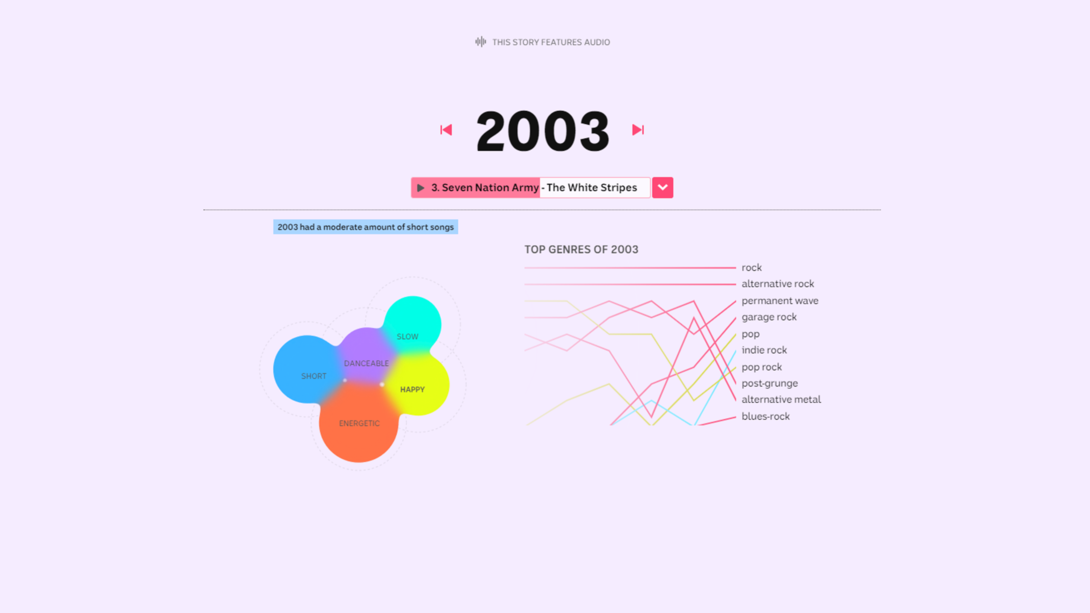 The Triple J Hottest 100 countdown is the world’s largest music poll. Each year more than 2 million Australians pick their favourite songs and the tracks with the most votes are revealed one-by-one in a day-long broadcast.

In Australia, it has become something of a cultural institution sparking debate about the changing sound of popular music and which generation had the better musical taste.

The problem with many of these arguments is that they are largely based on feelings and memories - rather than on any hard data. Our project ‘The Changing Sound of the Hottest 100’ sought to change that.

Using Spotify’s API, we collected data on almost every song that has made it into the countdown between 1993 and 2018. The data contained the same information the streaming service uses to power its recommendation engine.

This data included information about track length, genre, tempo and key as well as more granular information like a song’s mood, its energy, how well you can dance to it or how acoustic a track is.

Using these findings we revealed some fascinating changes in Australia’s popular music culture. Songs were getting sadder, slower, yet oddly they were now much better to dance to.

The data was also the engine for the centrepiece of the article: an interactive component that allowed users to experience the changing sound of the countdown from year-to-year. The audience could listen to a sample of the top songs for each year while seeing the musical features that made that year unique, like how happy or energetic or slow the year was on average. It also gave people a sense of how the genres that made up the top 100 changed over the years.

We wanted this to be a journey for the audience. For them to not only hear the sound of the Hottest 100 changes, but to see it and feel it too. To do that the changes in the interactive were tied to beats and sound of the music.