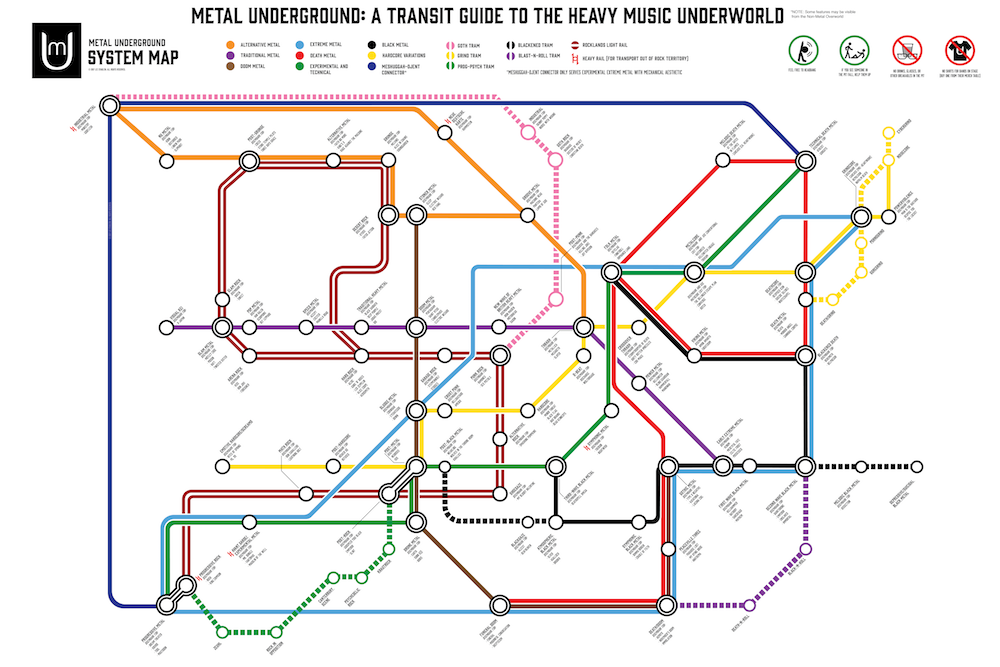 Metal Underground: A Transit Guide to the Heavy Music Underworld by Lee Stablein

Metal Underground imagines the sub-genres of heavy metal and related rock as nodes on a transit map with their relationships to each other traced out by subway, tram, and light rail routes. Route names are taken from the stylistic qualities held in common by that route’s genre-stops; hence, Death Metal is both a subway station and the route that links death metal with its sibling and descendent styles. Stations on tram lines represent niche metal styles and influential but non-heavy rock styles.