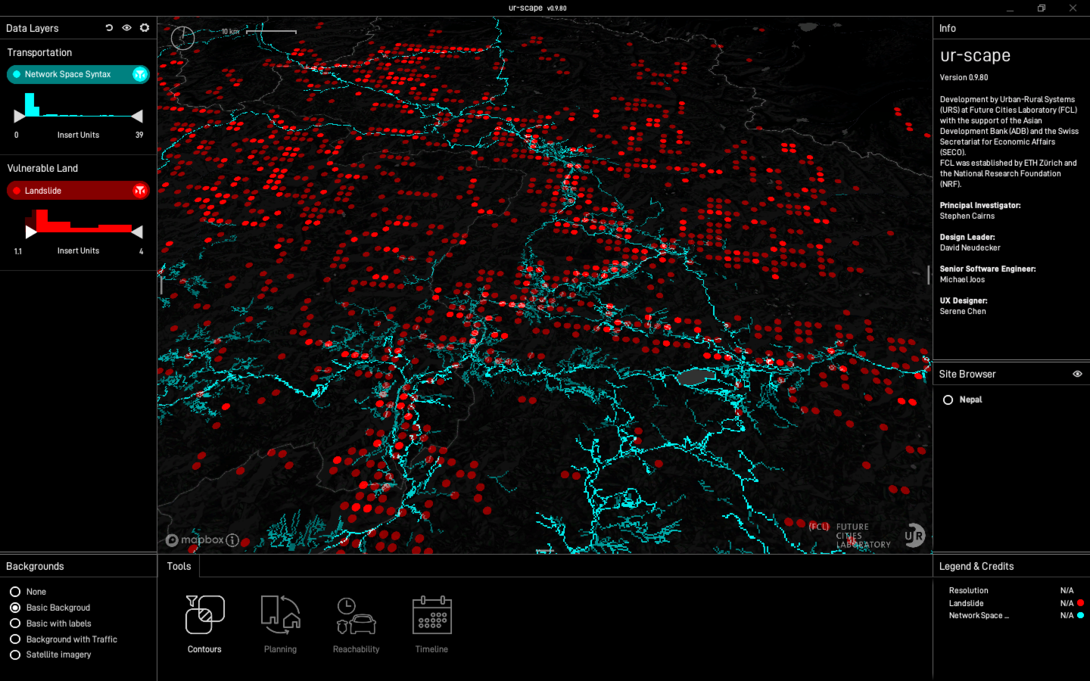 Visualization attempts to address the most common threat for local residents in Nepal - landslide collapsing over the road network. There are many technical solutions that could protect the road from a landslide. But where we should build them? Should we build them where the risk of the landslide is the highest or where most people might travel to their jobs, or children travel to schools?
For his entry ur-scape Nepal, he used datasets from Nepal Landslide hazard distribution, combined with further data on likely travel routes created using ur-scape, in combination with Space Syntax analysis extension in QGIS to determine which routes might be most likely used by local residents.
The open-source ur-scape software is developed by the URS team at the Future Cities Laboratory. It has been applied in Indonesian cities including Bandung, Makassar, Palembang and Semarang, in partnership with the Asian Development Bank and the local governments.