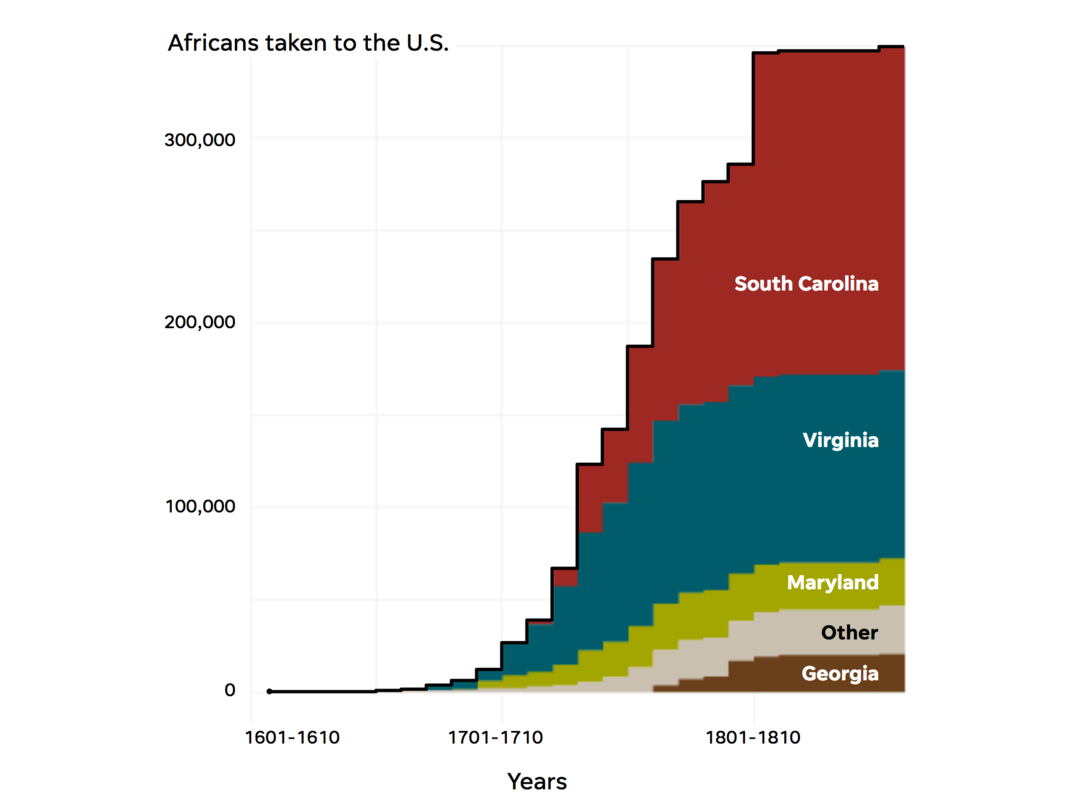 Nichelle Smith, an investigations team editor at USA TODAY, recalls attending a lecture at the Library of Congress in early 2018 where she listened to scholars discuss the landing 400 years ago of enslaved Africans at the British colony of Virginia. A name soon caught her attention: "Angela," among the first Africans brought to Virginia in 1619. Angela survived the first leg from Angola on a slave ship, was taken hostage by British pirates and eventually sold to the commander of Jamestown Island. Her age and the date of her death remain unknown.

The challenge before the graphics desk was to research and communicate the scale of those directly affected by slavery in the lands that would become the United States. We built on our previous work, combining data analysis, vector animation, JavaScript visualization, and illustration to convey the explosive growth of this shameful institution.

The entrant has supplied multiple files for this project: [1] [2]