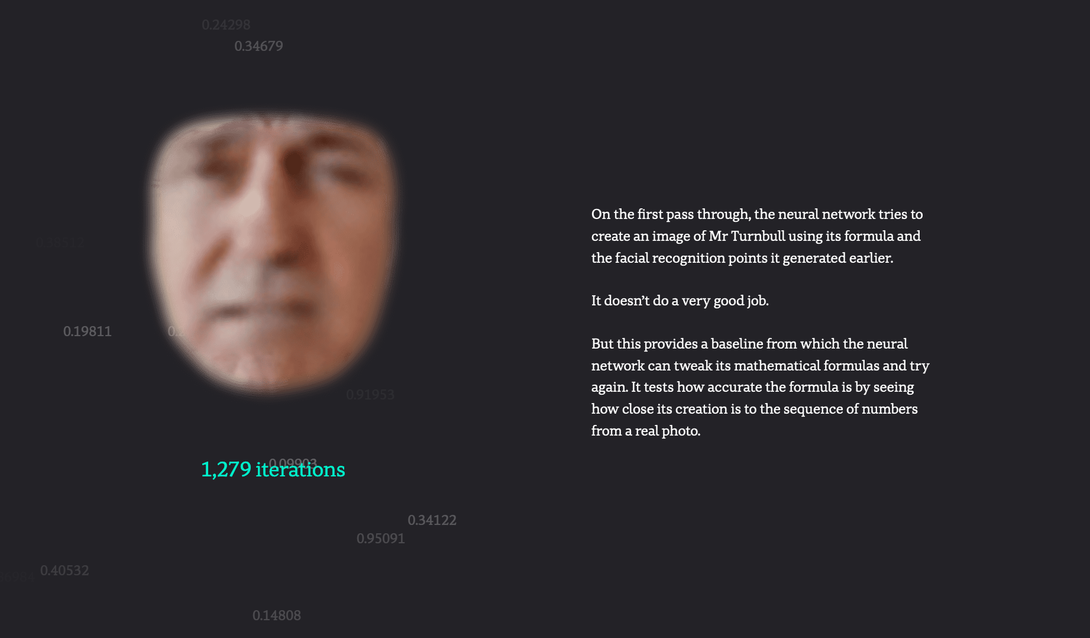 How Hard Is It To Make A Believable Deepfake? by ABC News (Australian Broadcasting Corporation)

Deepfakes — which use machine learning to create fake videos — burst onto the internet in 2017 and were decried as the end of trust, having the potential to bring down democracy, and evidence of reality unravelling before our very eyes.

A number of articles talked up the apocalyptic potential of the technology, usually citing the same academic examples and relevant quotes from experts in the field.

We wanted to try something more ambitious and actually create our own deepfakes, so that we could authoritatively understand the technology involved and answer the question of how they might be used to create fake news.

At a deeper level, we aimed to use this story as a vehicle to build the audience’s understanding of artificial intelligence and machine learning in general.

We used the process of creating a deepfake of the Australian prime minister as the structure of the story. We were the first (and so far only) news organisation to use publicly available imagery and machine learning software to do this.

To tell a story that is, at its heart, about imagery, the visuals had to be central to our approach. It is a perfect example of a story where the design and interactivity are central to the telling of the story, requiring close collaboration between the journalist, designer and developer.

Each step in the process was explained and visualised through a series of interactive graphics that unfolded as the user scrolled. The seamless nature of the narrative belied the complexity of both the subject matter and the visual execution.

The story was exceptionally well-received within the AI community, including praise from one of the scientists behind the groundbreaking 'Deep Portraits' we used in the story. It was also praised by computer science lecturers, and added to some syllabi on this subject.

It won praise in the Pudding’s best visual and data-driven stories of 2018 awards, where the judges said: "It was not only fun and novel in its execution, but a great example of explanatory, visually-driven journalism. Breaking down for readers how DeepFakes works — pixel-by-pixel — and using a real world example to ground the software's potential for misuse was both chilling and informative. I also appreciated the way in which the ABC treated the reader as an equal in their journey to discover how DeepFakes works, making it accessible to both a really plugged-in reader and a casual observer."