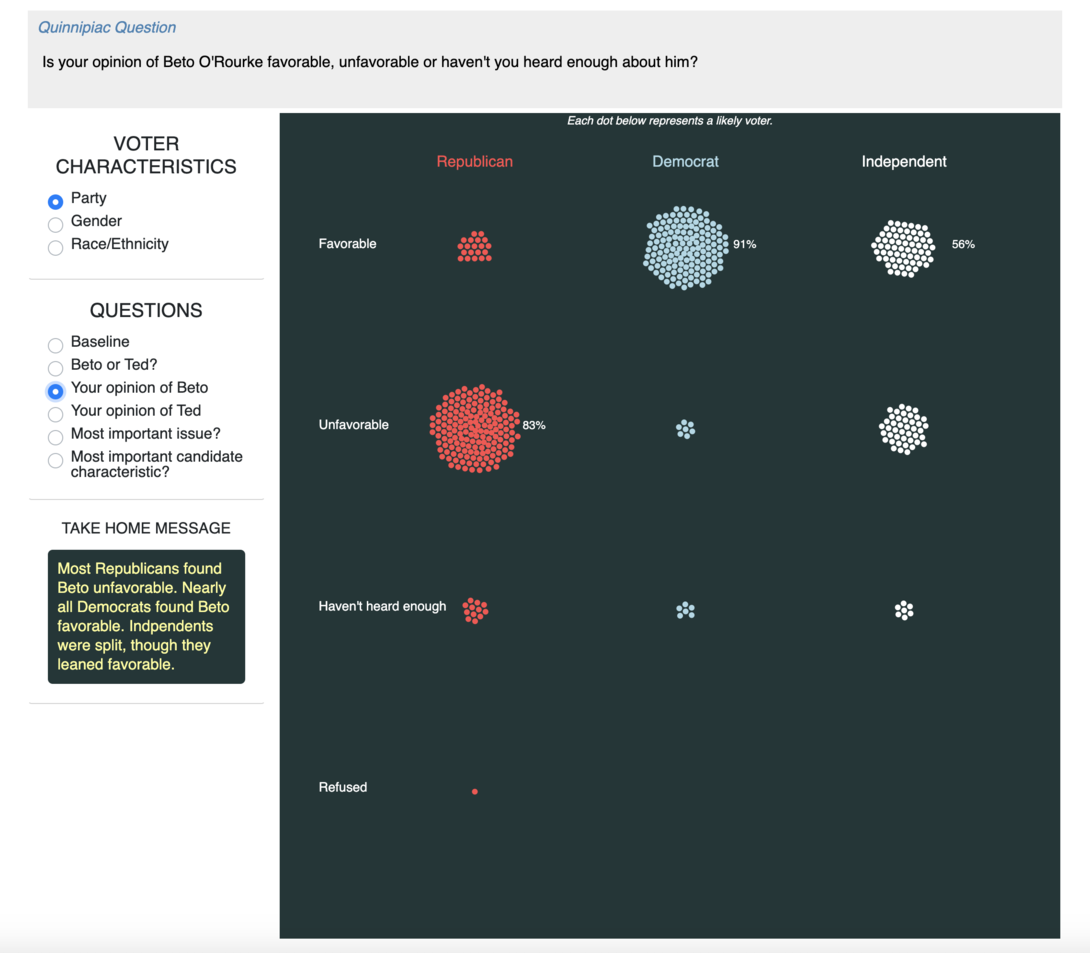 Beto Vs. Ted: What Drives Texans' Votes? by Hemanth Nair

Last year, Quinnipiac University polled Texans on the Senate race between Democrat Beto O'Rourke and Republican Ted Cruz, which Ted went on to win. The poll asked about the issues and characteristics of the candidates that influence their vote. In order to get an immediate sense of how voters "shift" in their opinions - and why Ted might have won - we built a moving dot visualization in which we created a sample of 500 likely voters, each represented by a dot, apportioned them by Texas demographics and applied the Quinnipiac numbers.