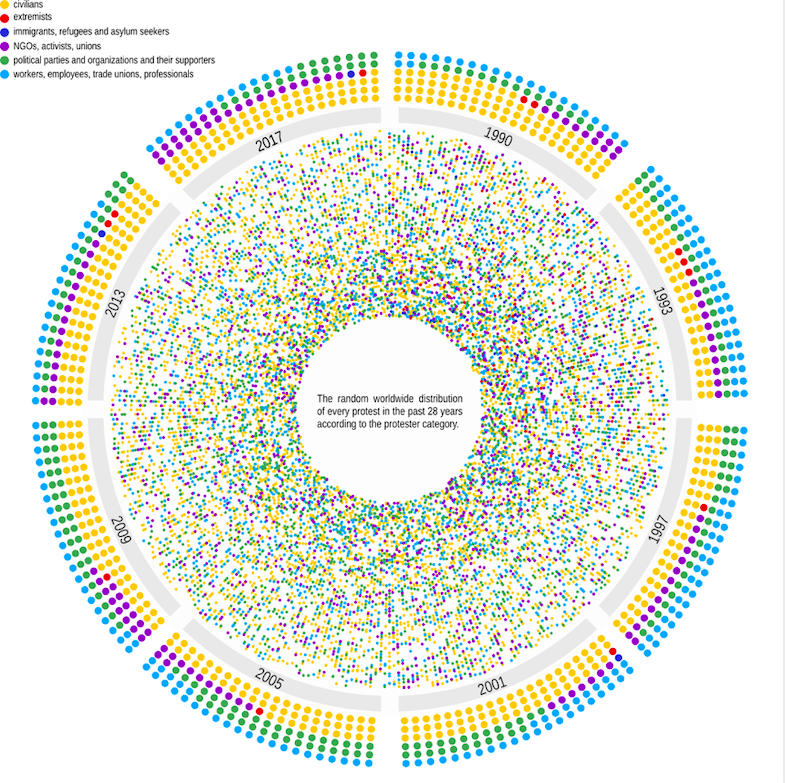 Is It Worth Fighting For? by Edit Gyenge

The number of protests around the Globe increased significantly in the past three decades. Since 1990, citizens' resistance and disagreement has been fueled not only by economic, social and political changes worldwide, but also by the response of the State when it comes to their demands.

A significant number of protesters take over the streets because of their perception of inefficiency of ruling parties and political leaders. Since the fall of the Berlin wall an estimated number of over two hundred million people were present at protests, regardless of their demands, and while the years have passed, the lack of satisfaction remains. In such context, protests are described mostly by two indicators initiative (number of protests) and engagement (number of participants).