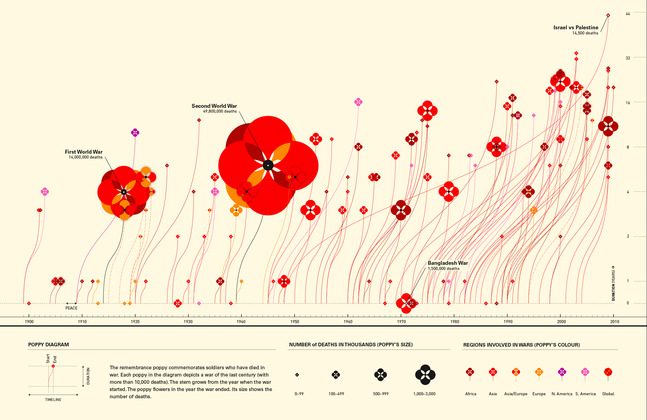 Field of Commemoration by Valentina D'Efilippo (The artwork is included in 'The Infographic History of the World' by Harper Collins, 2013)

This work visualises nearly 95 million casualties of war from the 20th century. Data made available by The Polynational War Memorial make clear that war was a near-constant characteristic – allowing just two years of peace – in the last century.
Given the sheer magnitude of war's toll, this visualisation only considers conflicts exceeding 10,000 deaths – yet, in the static form, it is still not feasible to label every conflict. The overall composition reveals patterns in the timing, duration, involvement and human toll of war.