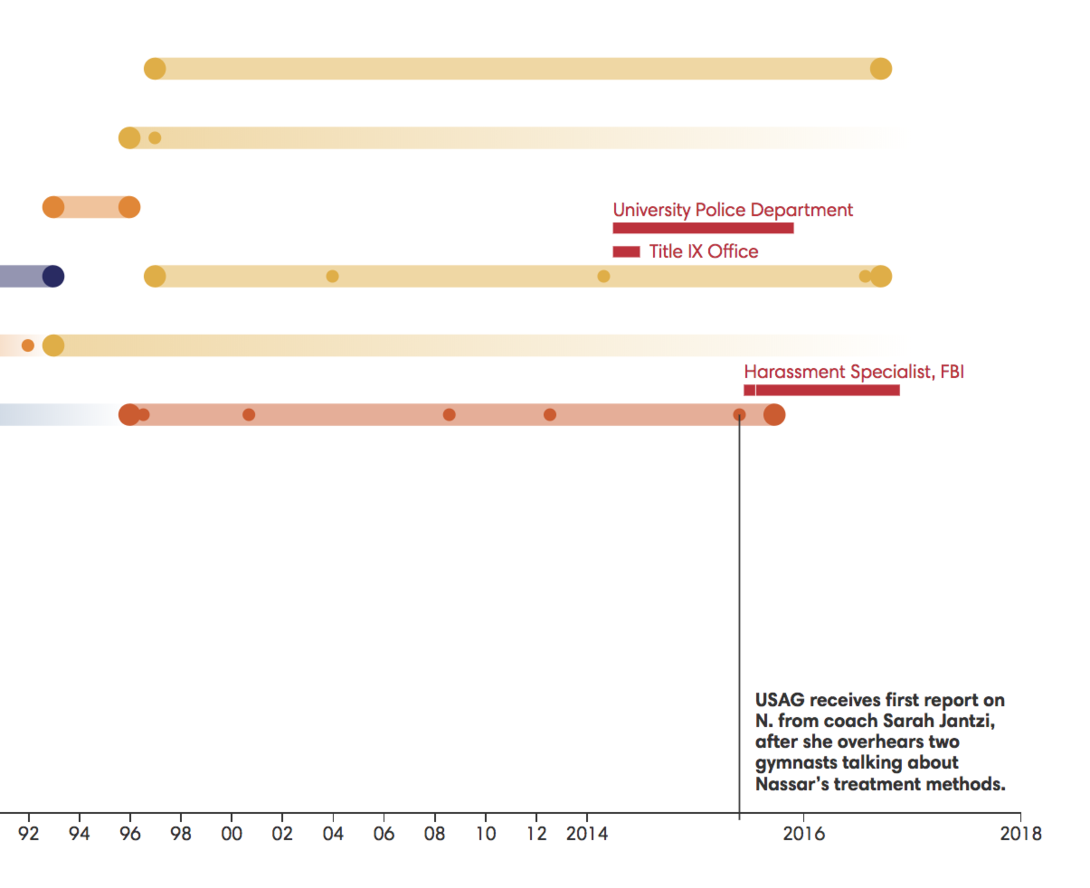 Wall of Silence: The Many Enablers of Larry Nassar by Aalto University

The project “Wall of Silence” reflects on the systemic conditions that allowed for the sexual abuse of 265 young gymnasts at the hands of their physician, Larry Nassar. While media coverage has focused mainly on the victims and their heroic act of coming forward, a methodical reckoning of the network that enabled and covered up Nassar’s abuse is still amiss. This network and its actors are the focus of “Wall of Silence”. By turning a manually compiled dataset into text and interactive visualizations, the project employs information design to reveal patterns that are common for systematic enablement. A post-analysis of sorts, “Wall of Silence” hopes to encourage reflections that lead to a faster recognition of an abusive system.