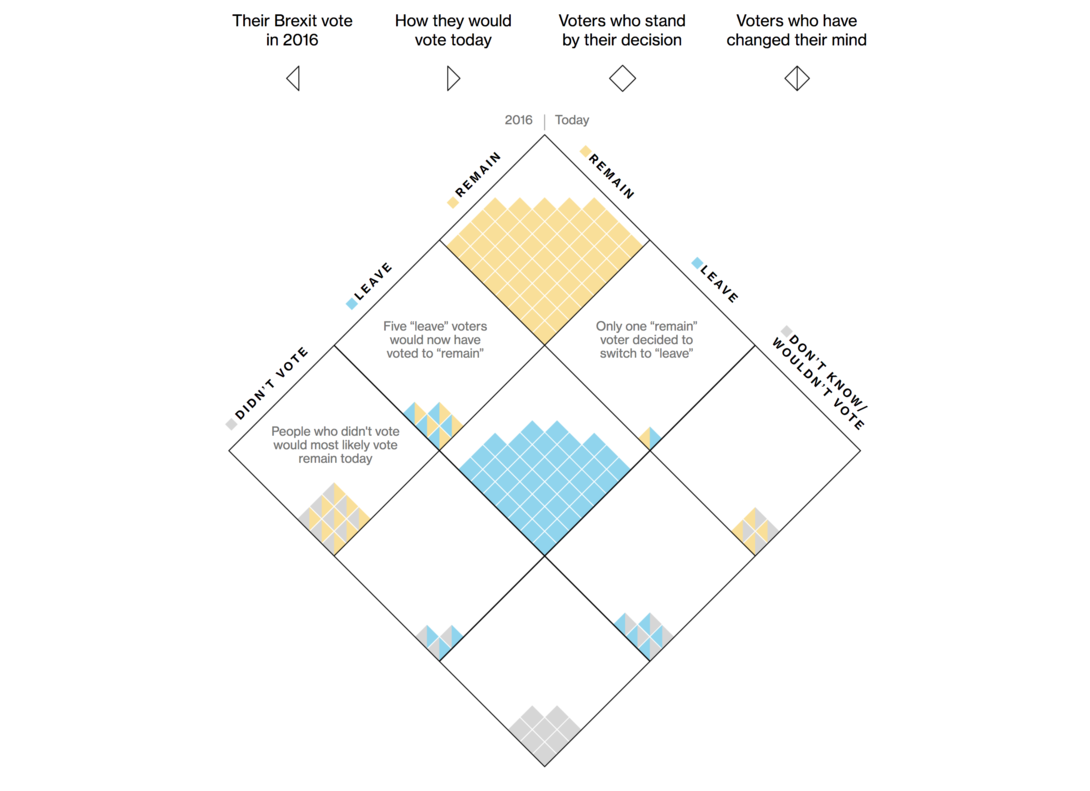 Portrait of Brexit Britain: A Divided Nation Makes a Journey Into the Unknown by Bloomberg LP

Nearly two years since the shocking EU referendum vote, divisions have only hardened across Britain. Some people wished Brexit would happen faster. Some didn’t want it, but will get on with it anyway. Others were waiting for a chance to stop it from happening at all. And there were those who said Britain is being upended—for better or for worse—by a decision they shouldn’t have had to make.

Bloomberg reporters visited nine locations to talk Brexit, interviewing 133 people in late February for this chronicle of the country’s transition.

A simple icon system for the main data points--how they voted in Brexit vs how they’d vote now--runs through the whole piece. Reorganizing them into different graphics based on the survey questions divulge patterns among the various types of voters and their financial and emotional attitudes. While data points on each individual and location are presented, heroic photos and quotes thread together the personal concerns and motivations of these voters a year out from the Brexit deadline.