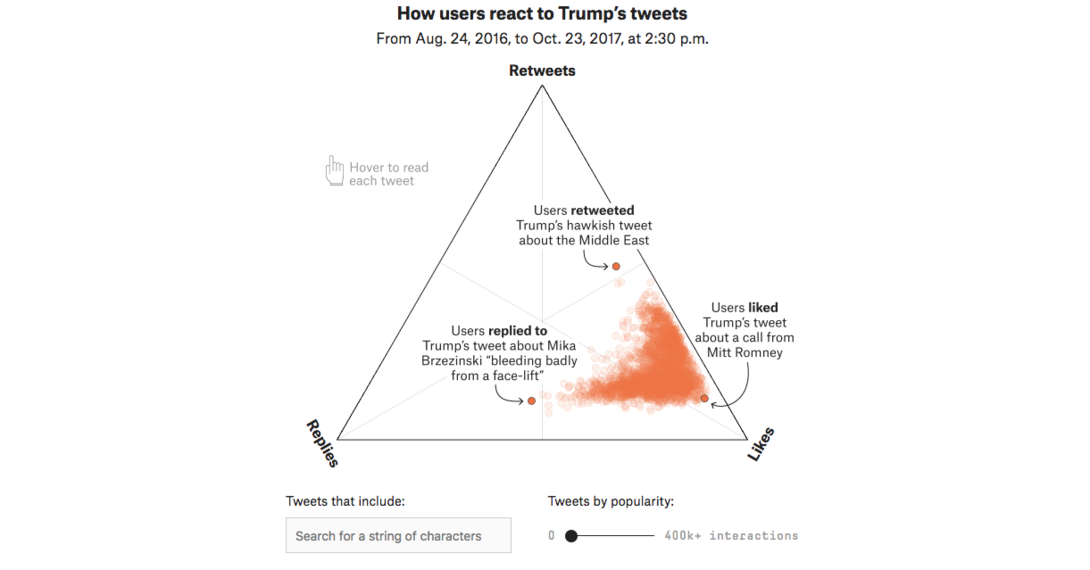 The Worst Tweeter In Politics Isn’t Trump by FiveThirtyEight

Twitter has become the venue for political outreach, international diplomacy, whitehouse personnel announcements and other important political communications. In this piece, we analyze the concept of “The Ratio”, the idea that bad tweets will get more replies and less explicit endorsements (or retweets) and how that plays out in U.S. politics. We visualized likes, replies, and retweets of tweets from the president and members of the U.S Senate on a ternary plot and show how prominent Senators fare in their Twitter communication as well as which of President Trump’s tweets got “Ratio’d” and which ones didn’t.