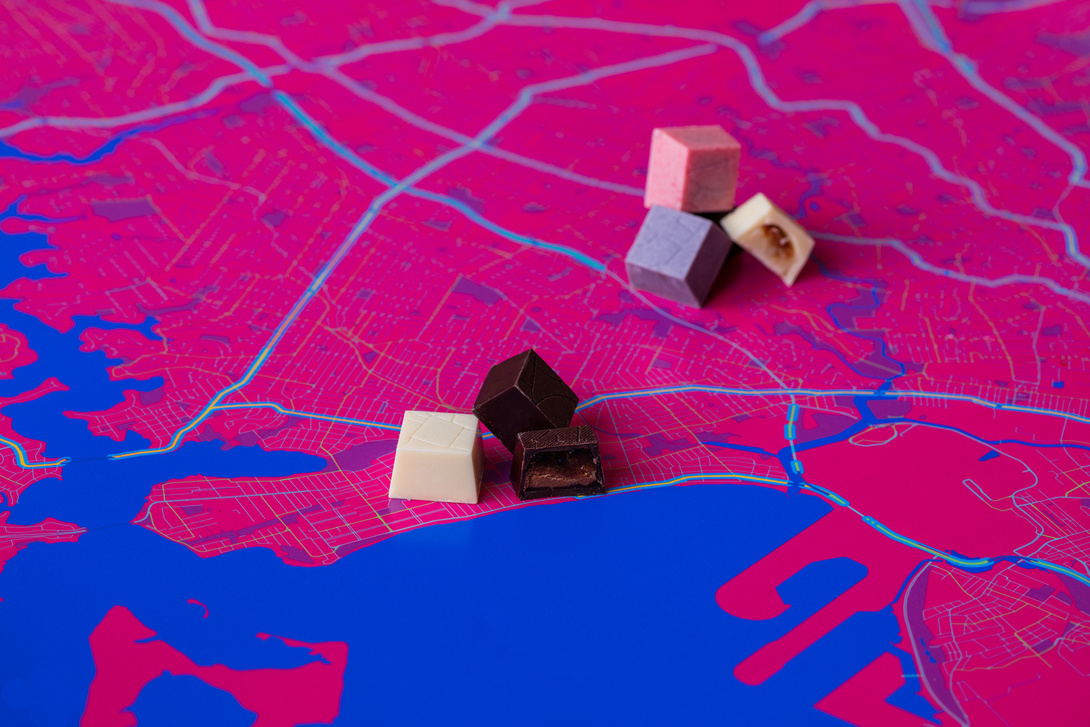 ’Not a Single Origin' tells the story of multicultural Sydney using chocolate. Where its residents came from and where they settled. The project used an edible canvas to ‘visualise’ the Australian population census data. The unique streets of Sydney suburbs were embedded using 3D printed moulds. The packaging is a feat of algorithmic art - photographs of ingredients were transformed into an other-worldly terrain bursting with the colours and vibrancy of Sydney's diverse make-up.