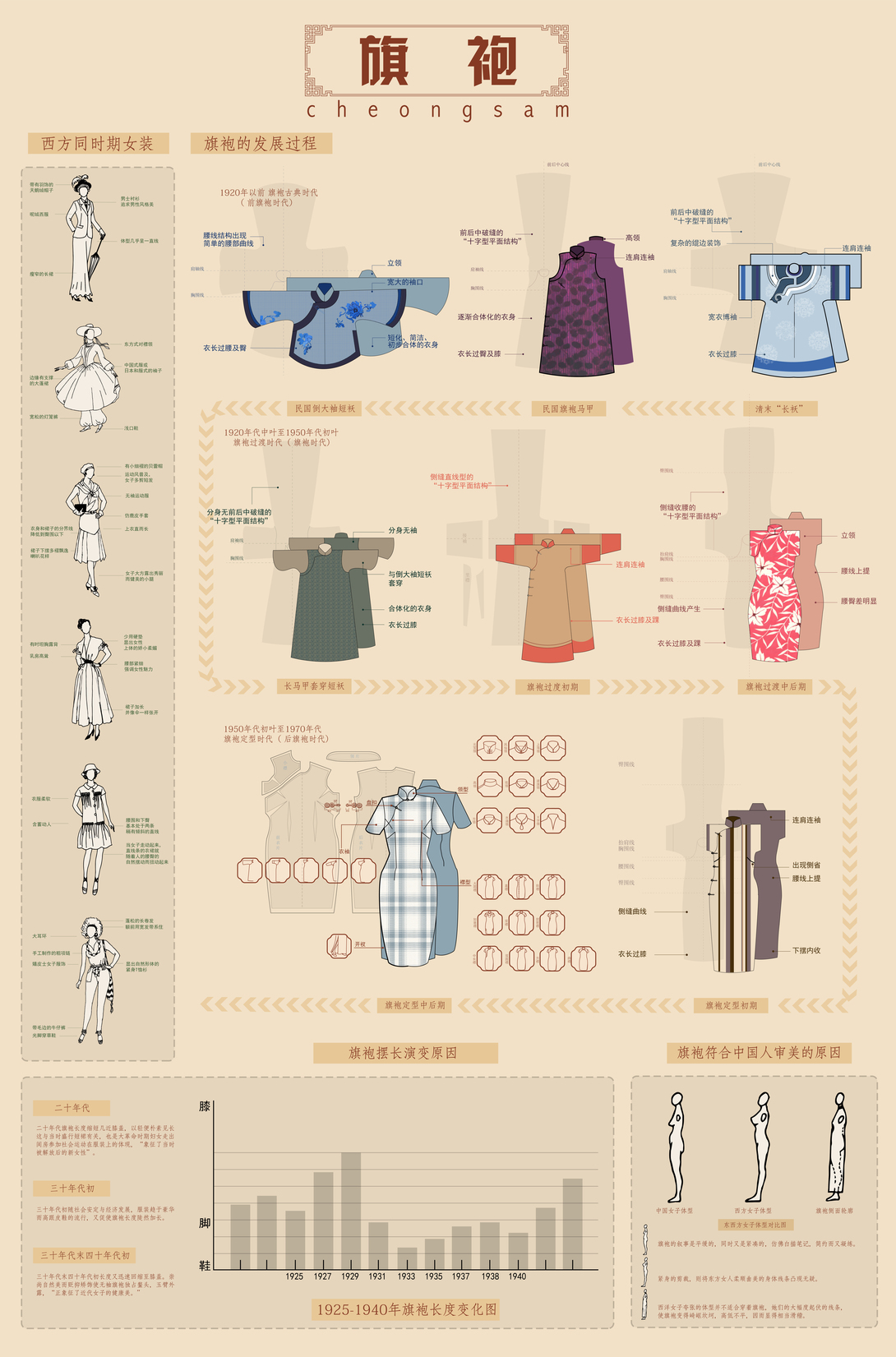 The Development of Chinese Cheongsam by Nanjing University of the Arts

Cheongsam is the typical symbol of Chinese women's dress.
Modern western industrial civilization and commercial trade infiltrated Chinese society rapidly from the end of the nineteenth century.
People study western technology, political institutions and ideology and culture which triggers off comprehensive changes in economy, politics, lifestyle and modes of thinking and brings opportunities for the ideological emancipation of Chinese women. As a result of the social development, female clothing has changed.
This informative graph demonstrates how the cheongsam, a traditional Chinese dress, evolved from the Qing Dynasty to the late 20th century. It also shows the changes in the detail during platemaking, as well as comparing how women’s dresses evolved in western countries in the same time period.
Moreover, the graph also interprets the reason for changes in cheongsam’s length and why cheongsam had fit the aesthetic standard of Chinese people.