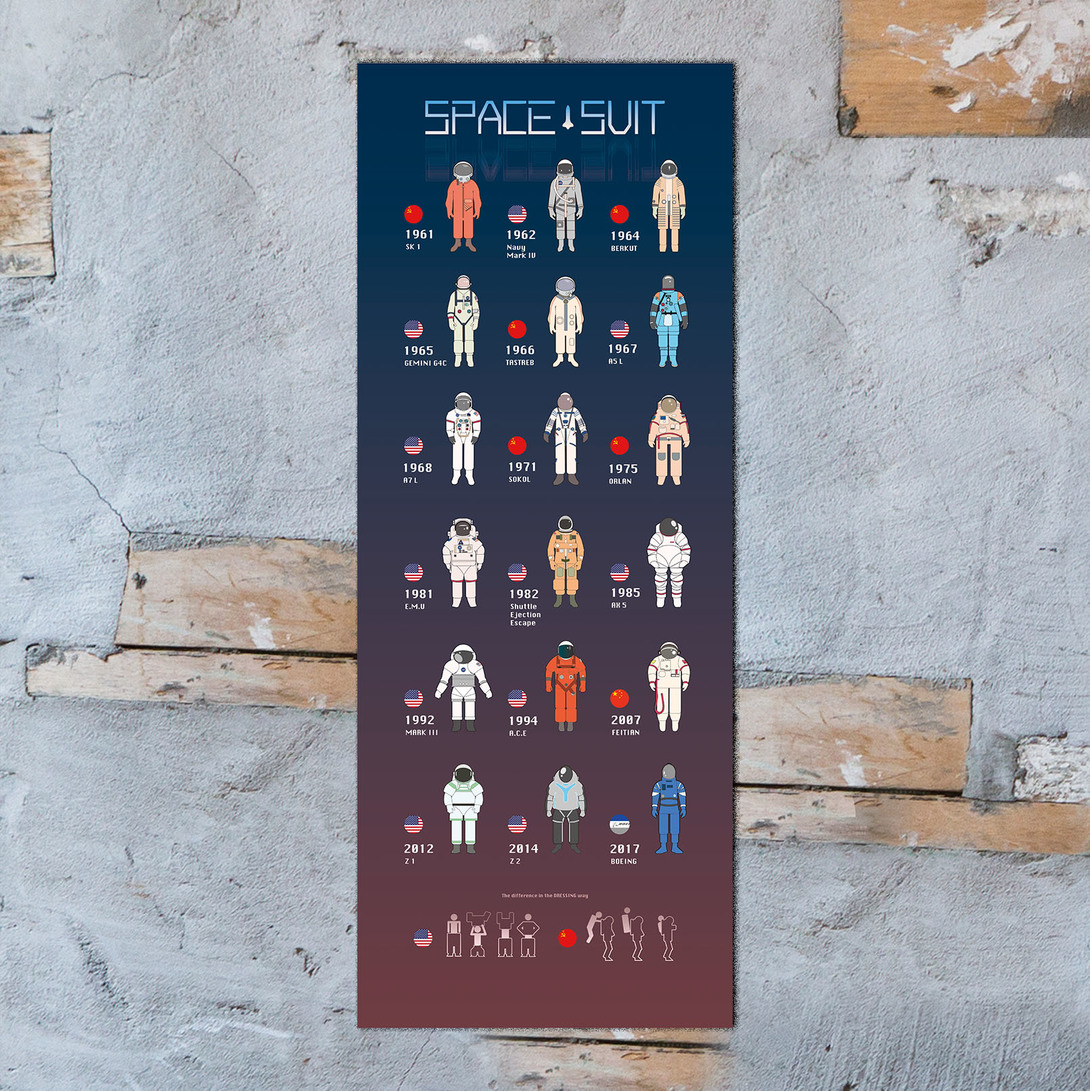 Space Suit by Nanjing University of the Arts

Spacesuits have undergone four generations of evolution since they were known in the late 1950s. They date back to the pressure suits designed for pilots during World War II. Also rich in science and technology, I hope to shape them in the form of a list of map to form a certain sense of design, so that the past generations of spacesuit (the United States and the former Soviet Union mainly) styling is known.