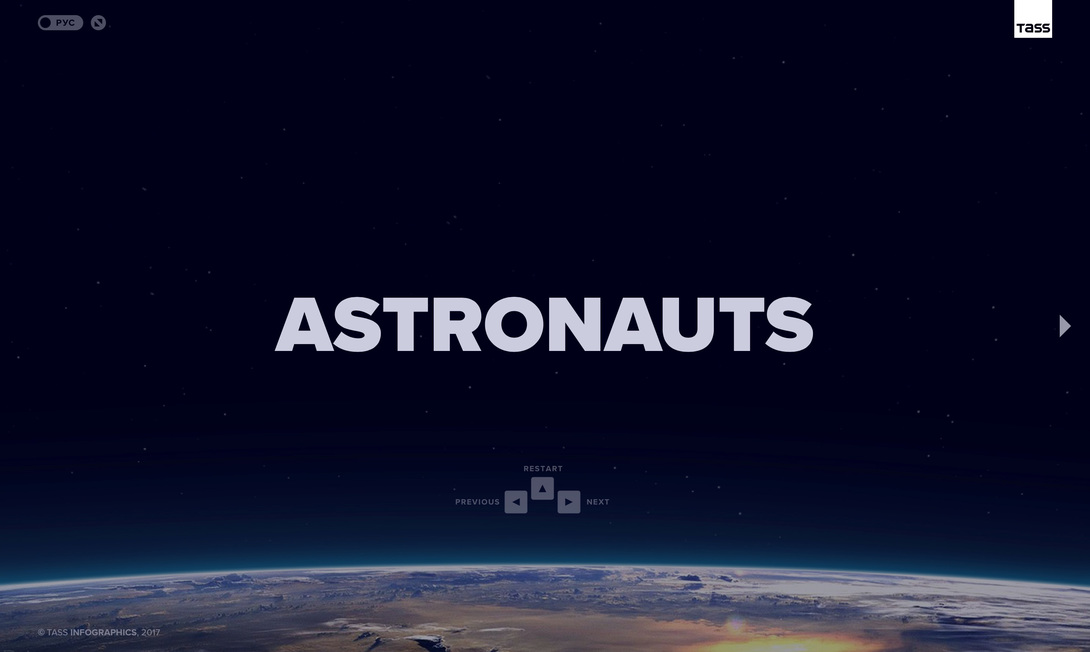 ‘Astronauts’ is a special TASS project that takes an in depth look at mankind’s accomplishments in outer space following the first manned flight by Yuri Gagarin in 1961. The project is designed in the form of a timeline starting with the landmark date of April 12, 1961. According to its interactive infographics over the past 56 years, more than 900 candidates have been selected for spaceflights and more than 500 of them actually performed space missions. The project takes the reader through the world’s achievements in exploring the cosmos, from the first spacewalk to the birth of space tourism.