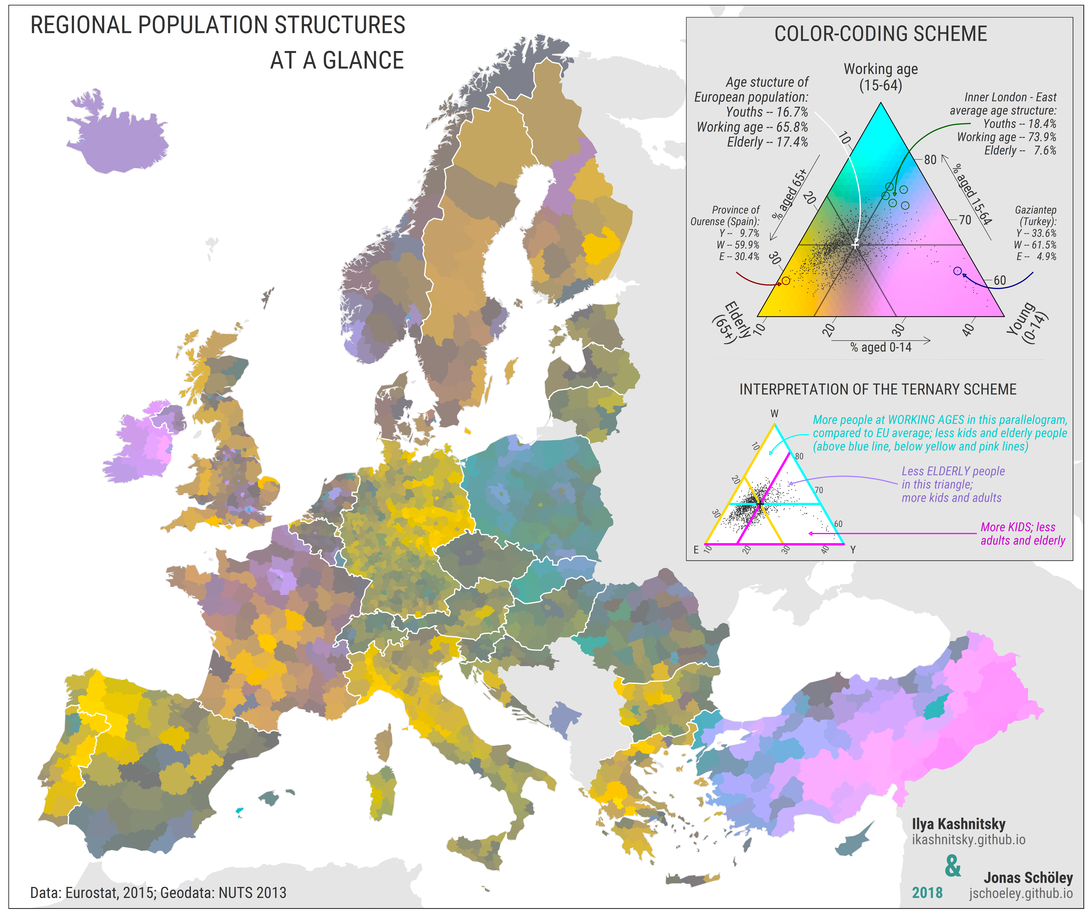 Population ageing is a major demographic challenge for humanity. Since population structures evolve slowly and predictably, the demographic, economic, environmental, and social problems of ageing have been anticipated and discussed for many decades. Yet the focus of these discussions has always been the elderly population, with elderly people often defined as those older than a threshold—eg, 65 years or age at retirement—or with a certain number of estimated remaining years of life. Such a focus is quite reasonable and understandable but not entirely correct. Ageing is not exclusively about the size of the elderly population or its proportion of a population; ageing is a function of the entire age distribution of a population. Therefore, to better understand ageing, we need to focus on the evolution of the age structure of the entire population, not just the elderly part. We offer a new approach to investigate the diversity of population ageing in Europe. To map the whole population age structures rather than any single summary measure of ageing, we used ternary colour coding—a technique that maximises the amount of information conveyed by colours. With this approach, each element of a three-dimensional array of compositional data is represented with a unique colour.