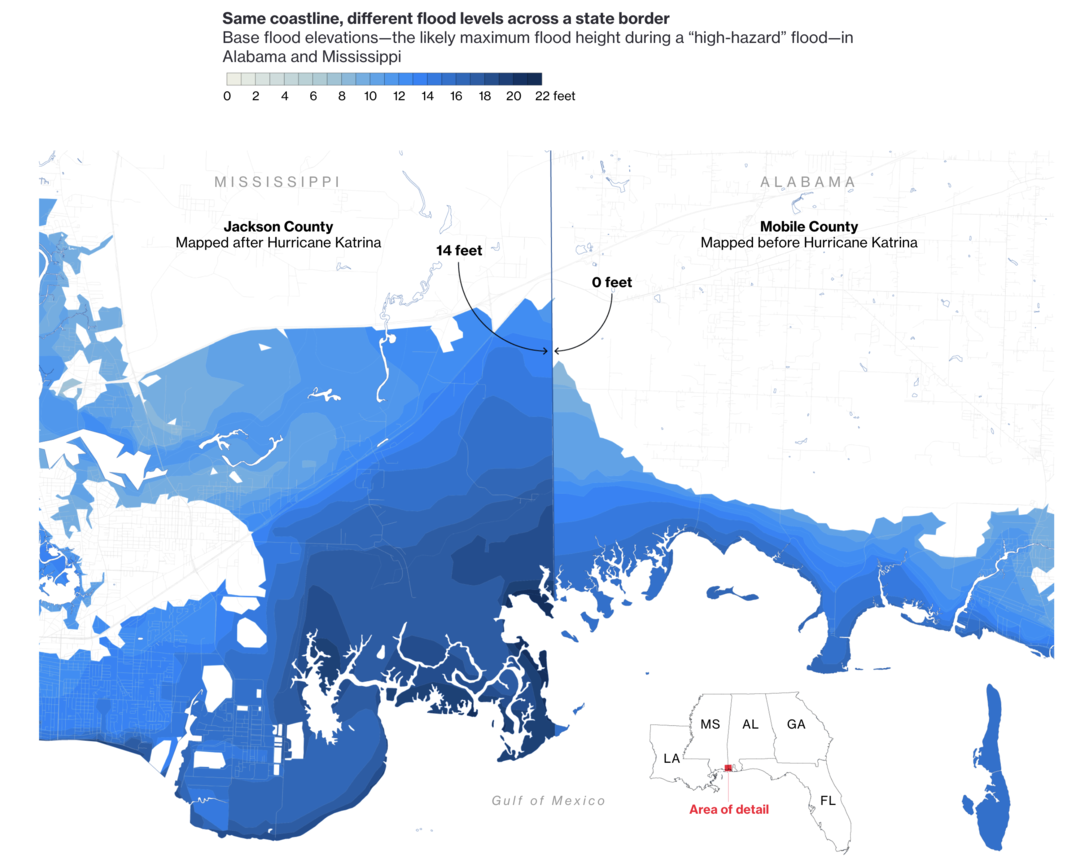 What happens when the maps that millions of Americans rely on to make informed decisions about flood risk are rife with inaccuracies?

"Outdated and Unreliable: FEMA's Faulty Flood Maps Put Homeowners at Risk" takes a sobering look at the underlying data that anchors the National Flood Insurance Program — a database of more than 23,000 maps that in some cases were last updated in the 1970s.

The maps are used by more than 5 million Americans to insure $1.2 trillion worth of homes and businesses. But the program has come under enormous criticism in recent years. When Hurricane Harvey hit Houston in 2017, about 80 percent of the victims didn't have flood insurance. FEMA's flood maps had said they lived outside the high-risk floodplain, even as large portions of these homes saw flooding several times in just the last few years.
Our story visualizes the impact of this misinformation on Houston homeowners and exposes large swaths of the country where flood maps are more than 40 years old, despite a federal law requiring maps be updated every five years.

The piece diagrams how neighboring communities can produce drastically different flood map — a byproduct of what can happen when the surveying process becomes politicized by state and local officials. And additional charts and tables highlight the ultimate impact of bad flood map data — a federally-backed insurance program that’s $20 billion in debt.

After the piece ran, data for more than 24,000 communities was made available on GitHub to encourage others to explore the accuracy of maps within their own communities. And finding from the piece were cited in a Congressional Budget Office report on the age of maps in communities prone to repeat flooding.