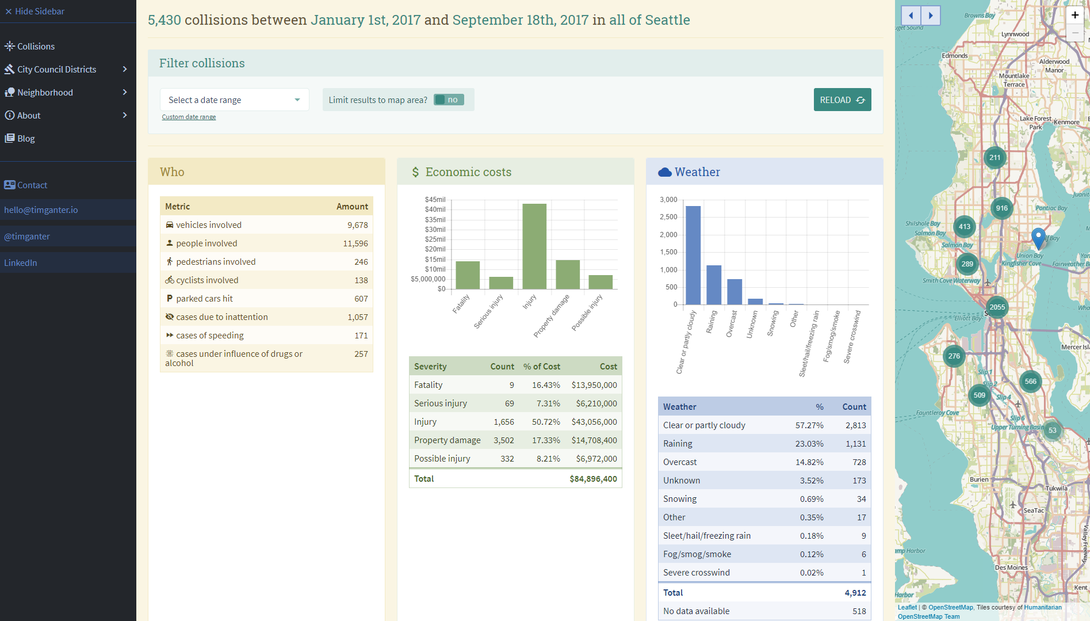 Around fall 2016 I decided to wind down my consulting business Studio Ten Four after 8 years and go back to a full-time salaried position. So, began my job search. Resume here. I decided to focus on becoming a better javascript developer and chose to do that within the context of data visualization. I started looking for open data to practice with and wanted to create something that would be useful to someone.

My co-working space Impact Hub Seattle hosts a members lunch every Thursday where announcements are often made by staff and other members. One day, Gordon Padelford stood up to introduce himself and his organization Seattle Neighborhood Greenways. I thought, “Hey I bet they have some data that could be visualized”. So, I went up to Gordon after the member lunch and asked him. He introduced me to the Executive Director of Seattle Neighborhood Greenways, Cathy Tuttle and we all chatted a bit in their office at The Hub. They pointed me at the Seattle Collisions data on data.seattle.gov. I started looking at the data and chipping away at creating something.