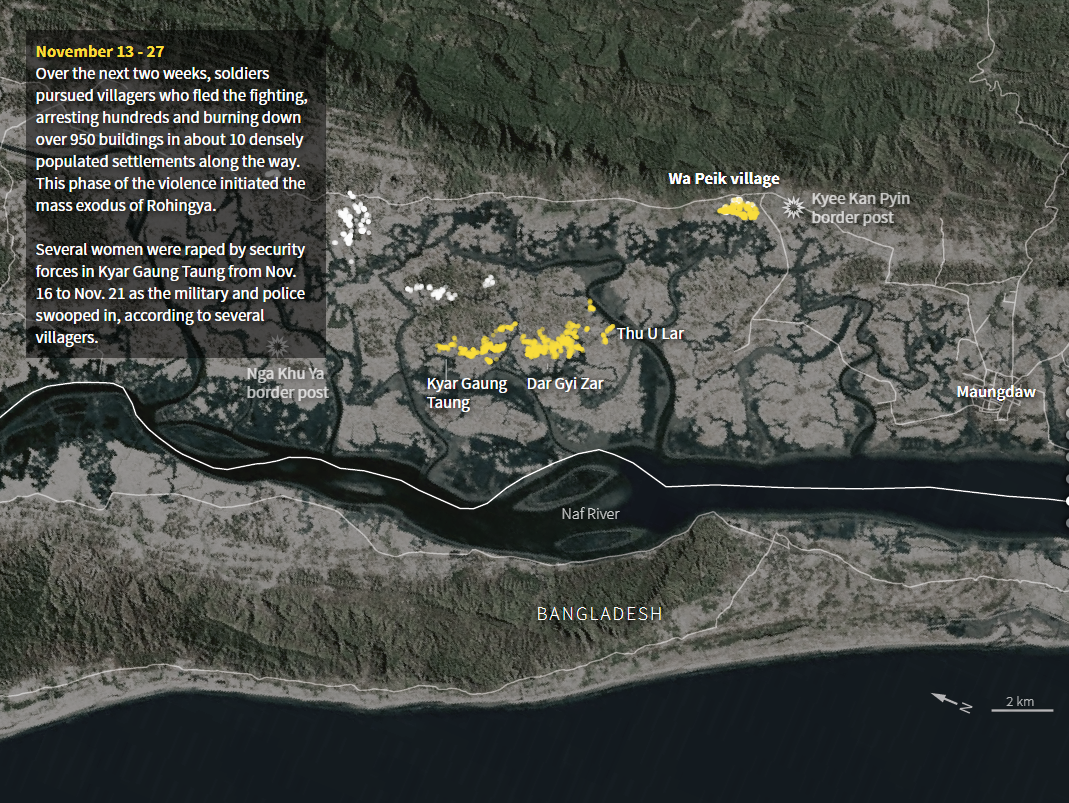 A Desperate Escape by Reuters

Rohingya Muslims have been fleeing apartheid-like conditions in northwestern Myanmar for decades. A recent military operation drew allegations of ethnic cleansing and crimes against humanity and sent a new wave of 75,000 refugees fleeing across the border to Bangladesh. Details of the violence as well as a much criticized refugee relocation plan by the Bangladesh government have thrust the ethnic minority’s plight into the spotlight again.