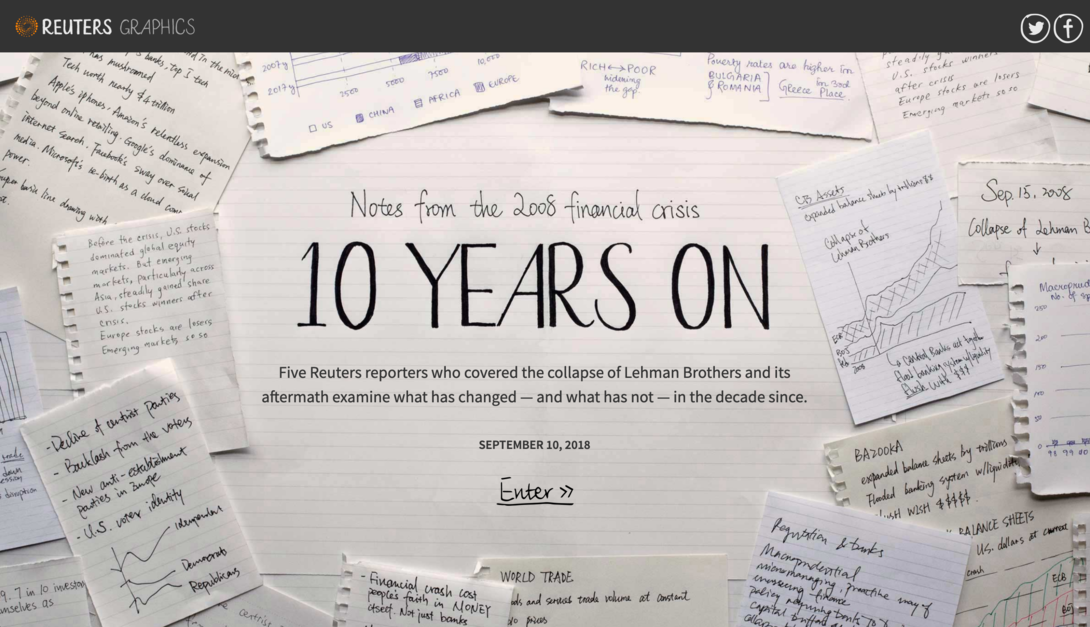 10 Years On by Reuters

With the collapse of investment bank, Lehman Brothers, the 2008 Financial Crisis became full blown economic downturn which eventually led to the worst financial crisis since The Great Depression of the 1930s. Five Reuters reporters examined how the world had changed in the last ten years.