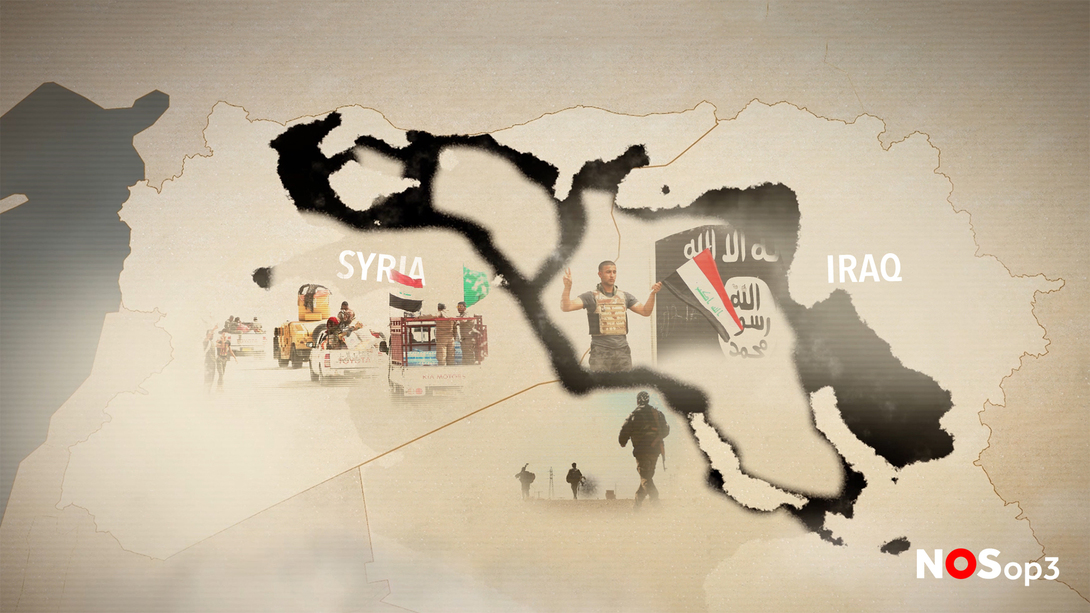 The fate of the Caliphate by NOS

This is the animated story of the rise, and the eventual fall of the self-proclaimed IS caliphate. The video was produced by the largest news organisation in the Netherlands, NOS. It came about with the help of Dutch student Thomas van Linge (22), who keeps track of territorial shifts within this conflict in the Middle East.

Ever since he was 17, in 2014, Thomas has been mapping the rise of Islamic State in Iraq and Syria, sometimes being only a few dozen meters off, in his estimation. He's able to do this through his extended online network in both Iraq and Syria. He displays the results of his efforts in the simplest way possible: in Microsoft Paint.

NOS op 3, an innovative department within the NOS, joined forces with him to help him reach a broader audience with his extraordinary work. The result is this animated video, which shows how the caliphate expanded from a small area around stronghold Raqqa, to the biggest area a terrorist group has ever laid hands on.

To clarify the implications of IS losing ground, large terrorist attacks in the West have been included. The video was published the day the Iraqi Secretary of Defence announced his army had reclaimed Mosul from the Islamic State terrorists.

NOS op 3 is part of the NOS, the Dutch public news broadcaster, with the mission to make news for an audience between 20 and 35 years. We reach most of our audience on Youtube, Instagram and Facebook. At these platforms we try to explain the news and tell the stories that matter for all young people in the Netherlands.