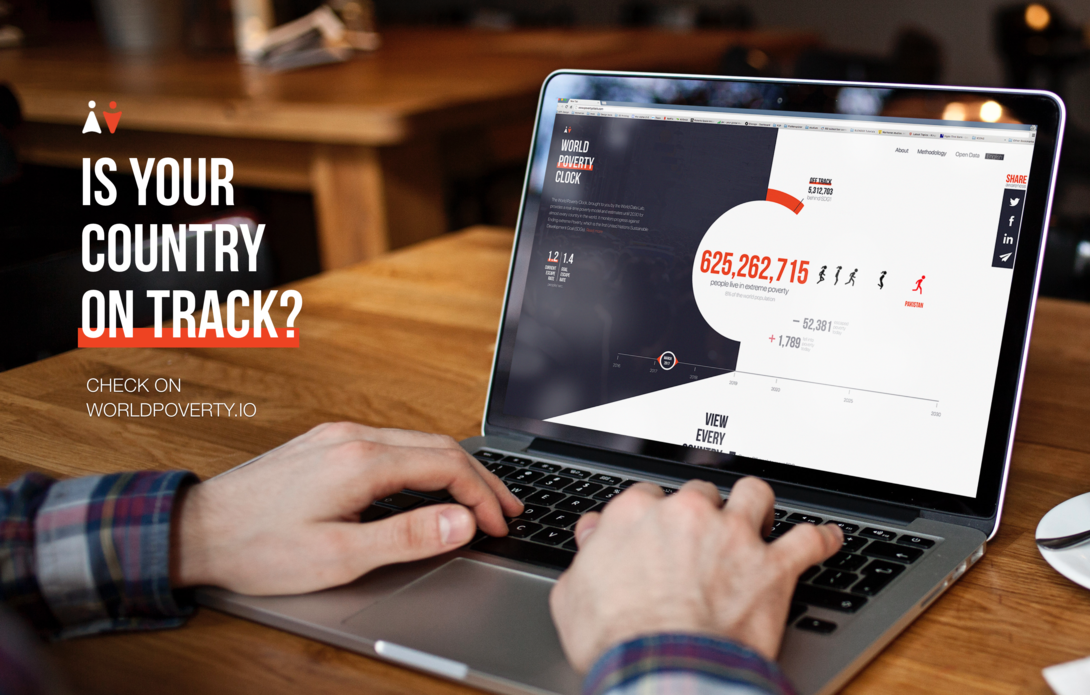 The World Poverty Clock is brought to you by World Data Lab in Vienna, Austria and its global network. It is based on a global standardized database on income which provides real-time projections on income levels for every individual in the world.

Funded by the Federal Ministry for Economic Cooperation and Development of Germany, The World Poverty Clock tool shows the number of people living in extreme poverty worldwide. Every second, some escape while others fall into poverty. We count them. We also count “excess” poverty—the gap between the actual number who have escaped poverty since end-December 2015 and the hypothetical number who should have escaped in order for the world to be on-track to reach the global target of ending poverty by 2030.

Use the button on the bottom of the screen to see our forecasts for what might happen to poverty over time. Scroll down to see results by region and country. Coming soon will be sub-national data within countries.