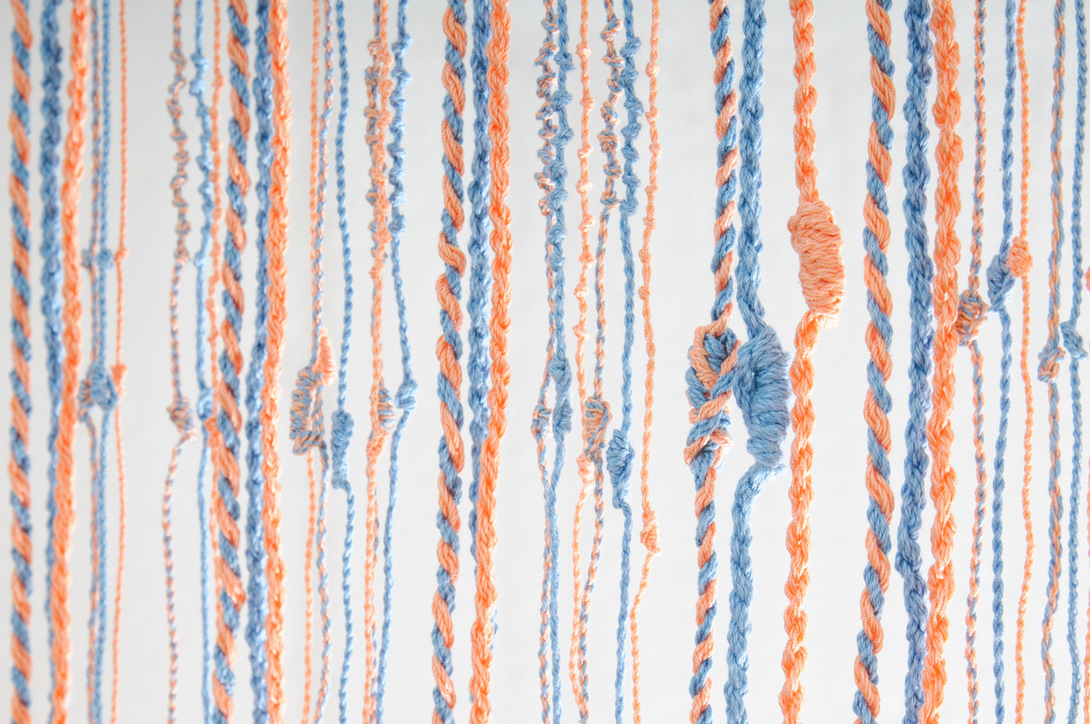 This project is about the revival of the ancient Incan Quipu. Quipu is a recording device used by the Incas for collecting and keeping track of data. It consists of cords containing numeric and other values encoded by knots in a base ten positional system.

I found myself in immediate amazement. Such a beautiful and little abstract way of displaying information. Holding information from past times. Enduring time. I decided to revive the quipu. To combine ancient and modern. Modern questions about life with old ways of recording life.

This physical visualisation (physicalisation) shows the comparison of well-being in Latin America (where settlements of the Incan empire were situated) and top leading countries in Scandinavia as assessed by the OECD Better Life Index. It visualises the inequalities between those two cultures as well as between men and women.

The basic materials for a quipu are coloured cords. I prepared all the cords myself, which means twisting crochet yarn to create thicker cords. The two resulting quipus are made of over 180 hand twisted individual cords.

The individual values, that are behind the calculated index are encoded at the top of the cords with knots. Additionally, I introduced another property, which seems to have been irrelevant for the original quipus, but which is for us nowadays a common way to read data: I introduced the length of the cords as a dimension for the value of the index scores. The longer the cord, the higher the score.

The nature of an abstract visualization is that an accurate deduction of the data is rather difficult. It is rather intended to get an impression of the nature of the differences. This project is about an ancient method reborn into the new world. It’s about encoding digital data into analogue means. Going from fast to slow. I like the fact that this can possibly endure time and potentially can be found in hundred of years and tell a story of this special moment in time.