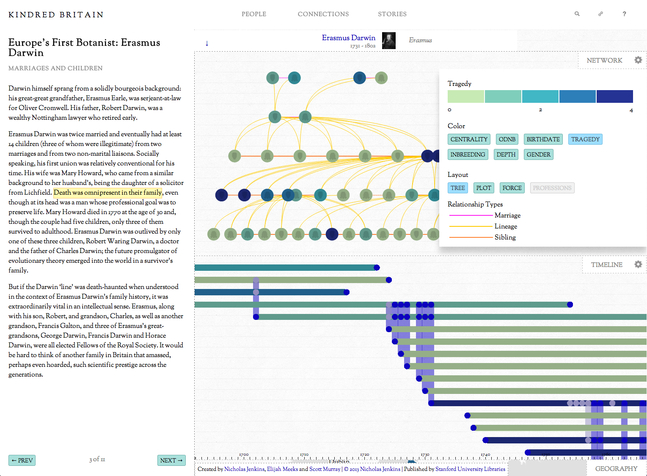 Kindred Britain assembles and visualizes records of nearly 30,000 individuals, mainly (but not exclusively) British. Many of them are extremely well-known in the nation's culture. The database in its entirety spans more than 1,500 years, but the time-period of densest concentration comes in the 19th century. Any person recorded here can be connected to any other person in the network through family relationships of ancestry, descent, siblinghood, marriage or some other type of familial affiliation. In Kindred Britain, family is all. The site is a panorama of engineers and painters, novelists and generals, scientists and merchants, and even a few reprobates, misanthropes and monsters.