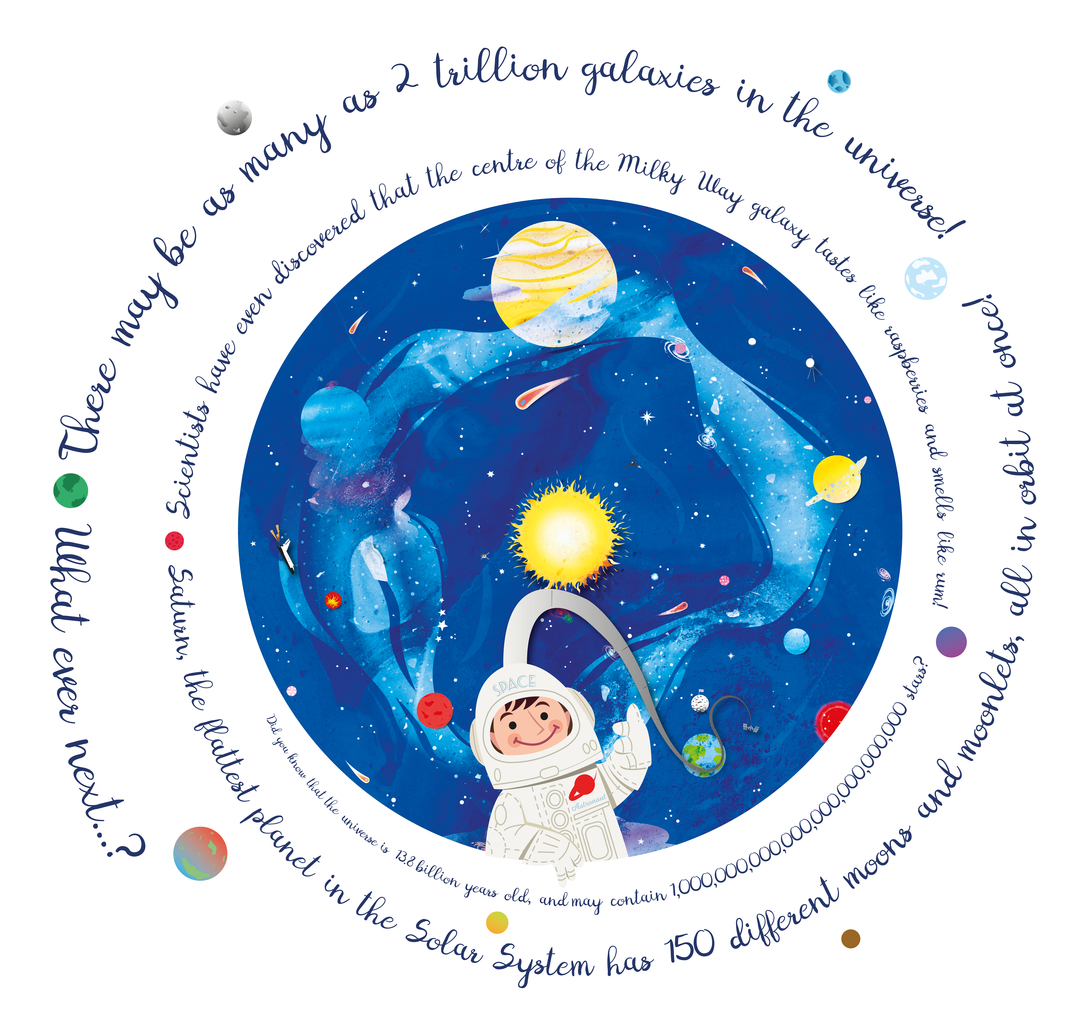 I chose the subject of space for the infographic, as it is in the UK National Curriculum for children of a young age, thus rendering the infographic useful. Included are countless large and small written and visual details, in order to emphasize the sheer endless scale of space itself. The infographic not only teaches, entertains, and excites young minds, but also encourages children to think deeper about space and the universe, and learn more about it.

The infographic visually includes all planets from the solar system, the sun, a friendly astronaut (for children to connect with), various spacecraft, constellations, differing types of stars, and so much more!