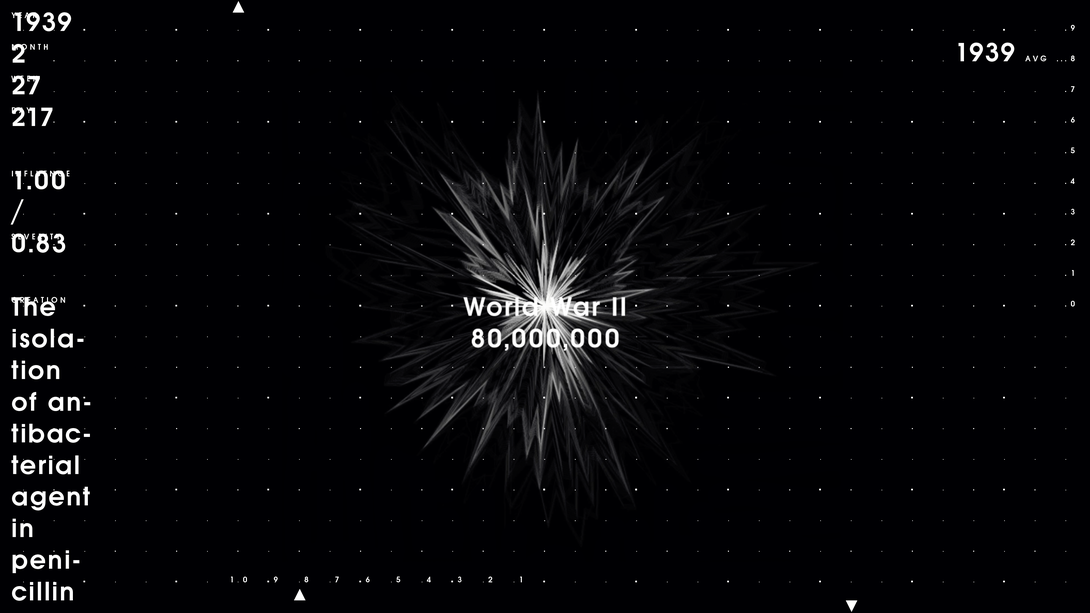 Objects Of War by Peter Crnokrak

The 20th century’s most important scientific discoveries and artistic creations are mapped in time with the incidence of wars, massacres and genocide to reveal reoccurring patterns of creative human output that flourish after conflict.

The generative visualisation maps individual creative events in relation to their most proximate conflict such that the larger the burst, the closer the creation event to a war – revealing a surprising relationship where creative events often follow wars resulting in a significant positive correlation between destruction and creative output.