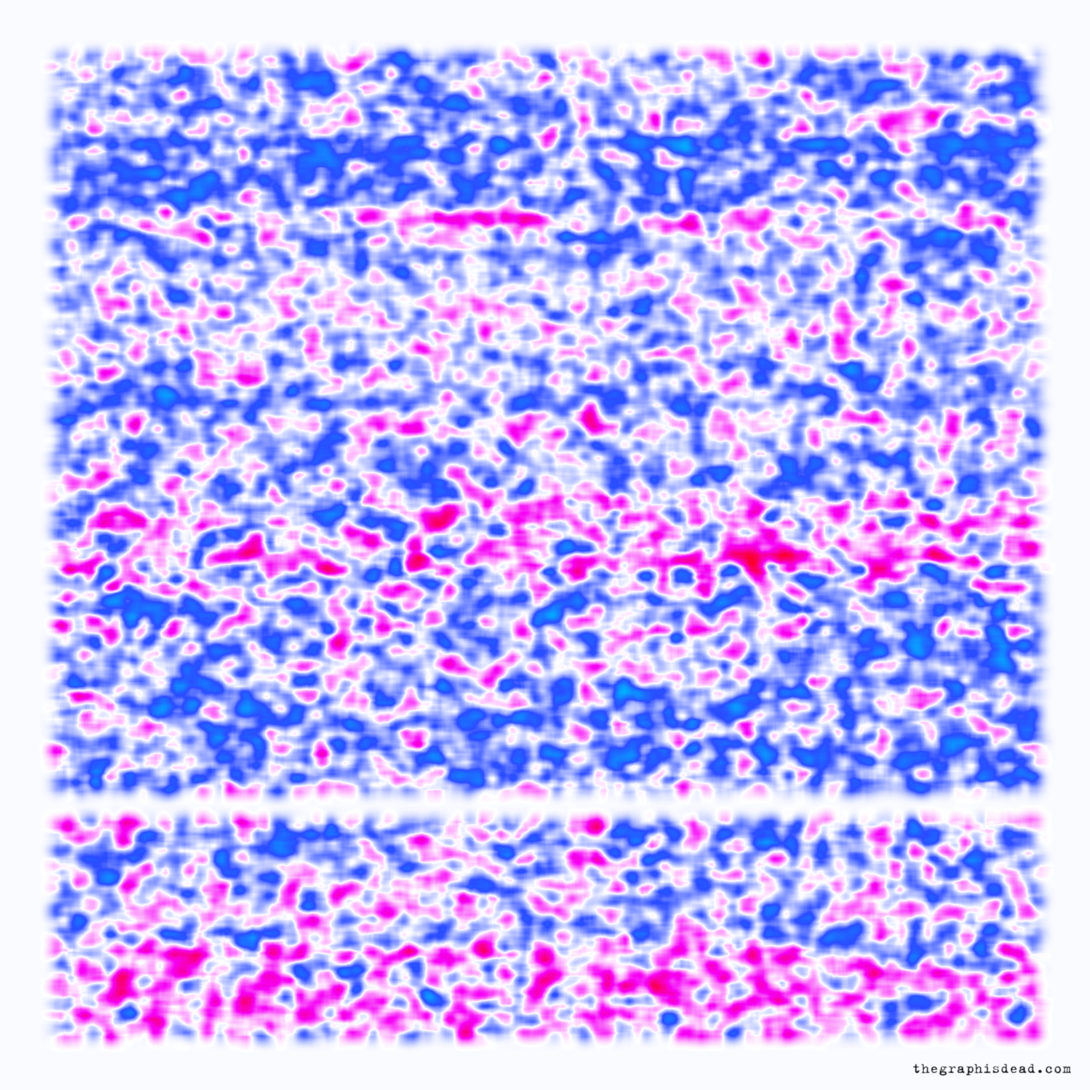 The King James Bible, and how it appears using the same color-scale as the historic COBE map of the cosmic microwave background that famously showed the afterglow from the big bang. (Blue=negative words, Red=positive words). The contrast in this image between the “scientific” and “theological” shows an unresolved conflict between these two communities on the origins of the universe. Whether the viewer is a believer or not, it highlights the differing and sometimes conflicting messages within the text and how it ends with a more positive message. It is perhaps analogous to how the differing views in the scientific process cause it to achieve a greater understanding of nature though proving and disproving various theories, eventually resulting in a positive net understanding of the universe.

The full text of the King James bible (taken from https://github.com/scrollmapper/bible_databases) displayed top to bottom with a break inserted between old and new testaments. The color is a form of sentiment analysis, in that the word being compared has a score of visual similarity with known positive or negative words (taken from http://www.cs.uic.edu/~liub/FBS/sentiment-analysis.html and references therein). Each word has a score, for example the word “cherry” is visually similar to the positive word “cheer” and also the negative word “cheat” though the sentiment of “cherry” is entirely separate from either. As each word is added with a wide spread, it has a diffuse impact of the sentiment of the text. As well as showing up the use of recognized negative/positive words, the style of writing and the naturally available vocabulary can also be seen. The changes in subject matter and authorship can also be picked out. The color-table was adapted from the original cosmic microwave background https://apod.nasa.gov/apod/ap061007.html measured by the COBE mission (http://lambda.gsfc.nasa.gov/product/cobe/: launched 1989). Each pixel represents a letter with the spread being 30 pixels, fading linearly away from the central point. The image is then scaled down.