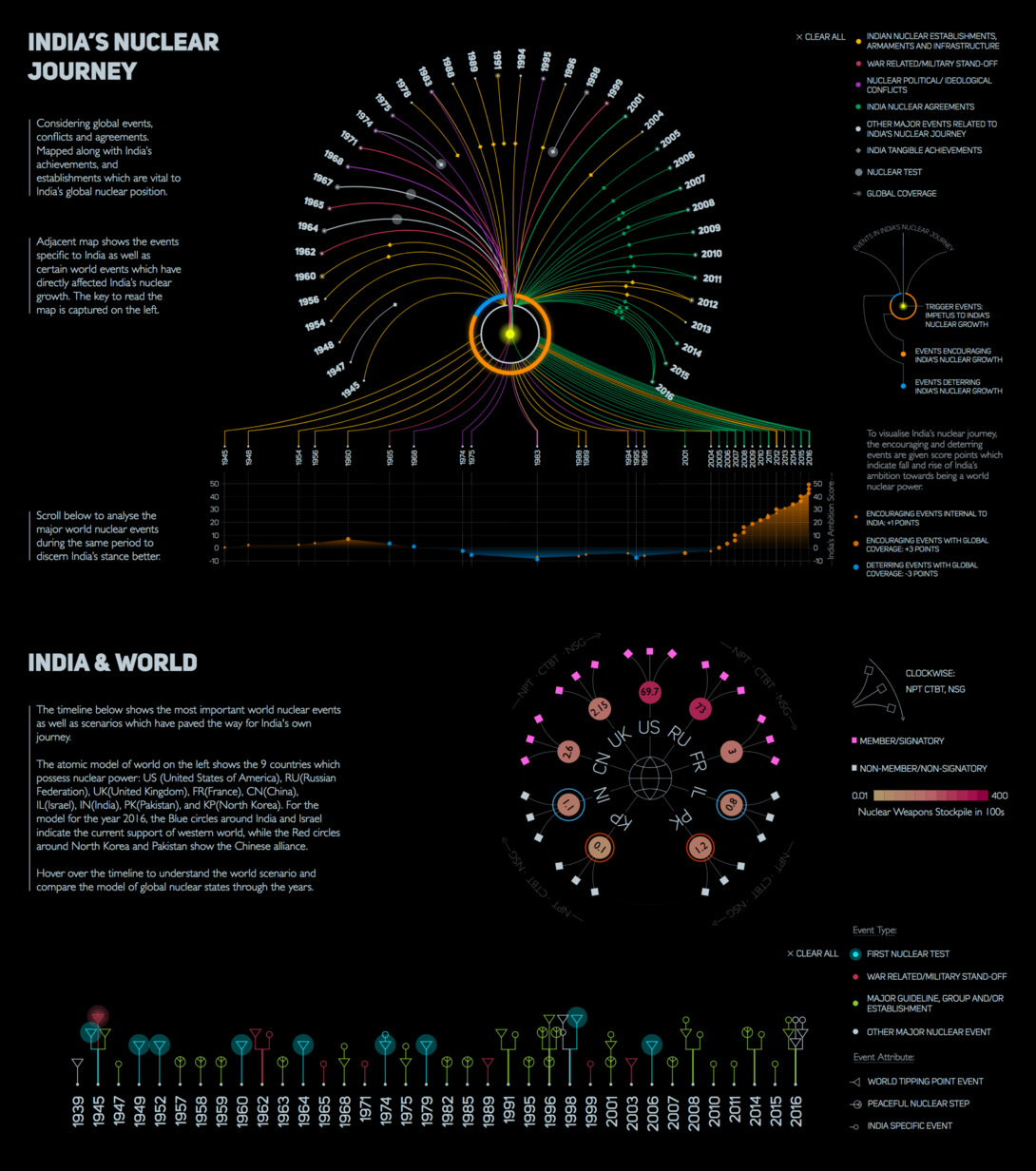 This infographic creates a narrative built out of qualitative data which maps India’s nuclear journey since colonial independence. The story outlines how a country marred by the pangs of separation in 1947 took pride in its own achievements and learnt from the losses. It shows the fall and the rise though political mistrust and conflicts, contrasted against key partnerships, agreements and mutually shared interests. It’s the story of India's journey from the status of a rogue nation up to its emergence as a world power armed with the full nuclear triad - that is, nuclear capable ICBMs, bombers and submarines.

Most of the data for the narrative was collected through the secondary research based on media, journals, and archives. Since the nature of raw data was qualitative, it was structured and indexed, making it easier to scrutinise and visualise. Two timelines were chosen to provide a holistic story. One which deals with India's internal and national context, and another global timeline highlighting major events crucial to the world nuclear scenario.

To help pick out these trends, each event in the chronological story was categorised as War, Peace, Establishment, Nuclear Test, Achievements, Tipping Point etc. Furthermore, to visualise India’s ambition, a metric was developed to quantify the qualitative data. Two types of events were marked: Events which were a Deterrent to India’s nuclear growth, or Encouragement which propelled India’s ambitions, acting as an impetus. A deterrent with global impact was given a score of -3, and a deterrent which was internal to India was given a score of -1. Similarly, encouragements were scored as +3 and +1.

The fundamental structure of visualisation was inspired by the mushroom cloud formed by an atomic explosion. The semiotic connotation of nuclear fission where the nucleus is hit by accelerated particle is used to show the core events, which were the biggest impetus for India’s nuclear journey. The global timeline also utilises a ring structure to represent the atom.